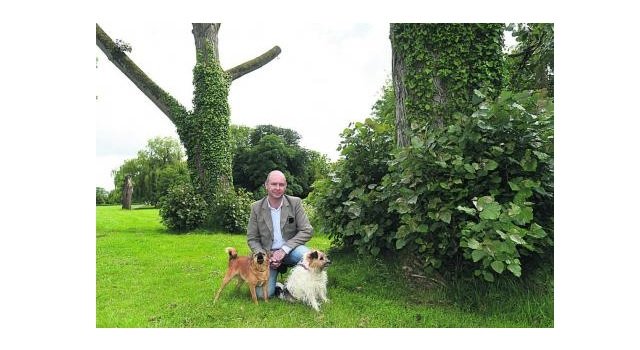 The trees, a willow and two mature poplars, can be found by the River Avon alongside the footpath running from The Olympiad Leisure Centre towards Monkton Park Golf Club. They were pollarded last October, but have not grown back since.

Mr Allum, who moved to St Mary’s, Chippenham, two years ago, uses the park to walk his dogs Maisie, a Jack Russell, and Coco, a terrier.

He took photos of the felled tree branches at the time and sent them to two tree specialists, a national parks expert and a parks specialist for the National Lottery.

He believes that the pollarding was poorly executed and too severe.

Mr Allum said: “I have become a champion of Chippenham, I love it. I think it has a lot going on for it.

“I have taken very good advice from someone who knows a lot about this. It seems that they have been over-harsh with these trees and they have killed them off.

“They are just standing there like these poor old skeletons. They will never look like a tree again, it would take them years to put on enough growth to look like trees.

“If they did need cutting back, they needed a less severe cutting. I want to ensure that no other trees are at risk of having the same treatment. Parks have to be careful, public bodies have a lot of liability, but there are other trees in the park that could be treated the same way.”

The officer said the willow, which was originally pollarded some time ago, was in decline and had been re-pollarded to prolong its life.

He also said one of the poplars needed pollarding because it was shedding branches on a regular basis and the second poplar was cut at the same time.

A Wiltshire Council spokesman said: “The trees were pollarded after several branches fell from them causing a risk to anyone walking nearby. We will plant replacements this coming planting season.”