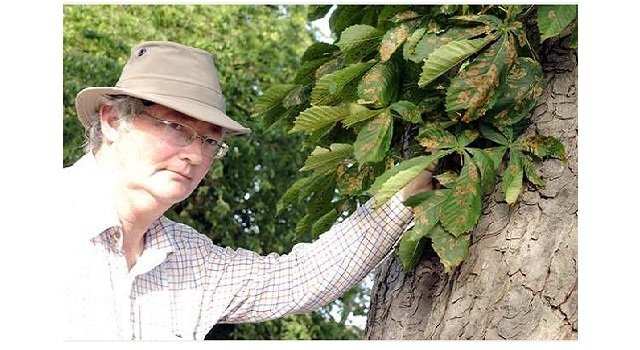 The iconic horse chestnut could disappear from our parks and our countryside within the next two decades, according to a Hadlow College lecturer.

Sam Jerram-Moon says the tree, renowned for its conkers, faces a two pronged attack from moths and canker.

She said the horse chestnut – which thrives in parks including Camden Park in Tunbridge Wells – is being slowly destroyed by bleeding canker, a disease causing the bark to ooze a smelly noxious fluid.

And it also faces a plague of miner moths which cause its leaves to shrivel and die.

“It is just as bad as Ash Dieback,” she said.

“We could lose the large trees which is pretty tragic,” she said. “They are part of our historic landscape.

“It could change our rural and urban landscape forever.”

The horse chestnut has been part of Kent and Sussex since the 16th century when it was brought over from Greece.

Despite its non-native status, Ms Jerram-Moon, who is a course manager in the college’s forestry and arboricultural department, says it is important for biodiversity.

“They are an amazing source of nectar for our bees and we all know about the threat facing bees and the impact this will have on our ecology. The horse chestnuts pollen is quite significant.”

Hadlow tree warden and tree expert David Carey said most of our horse chestnuts could be infected.

“It is just too early in the season to tell with leaf miner because most of the leaves are still young and green and it won’t have taken hold,” he said.