Trust looking for England’s tree with the x-factor 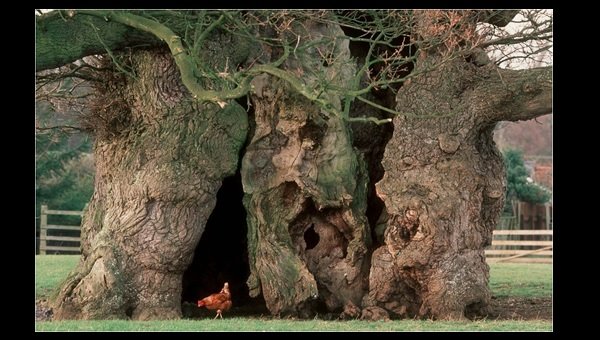 The search is on for England’s most prestigious tree, with the Woodland Trust asking the public to put forward contenders to become the English ‘Tree of the Year’, which will ultimately do battle with Europe’s finest in the conservation world’s equivalent of Eurovision – the European Tree of the Year competition.

It is a contest the charity is more confident of winning, as England has one of the largest and most diverse concentrations of ancient and veteran trees in Europe, the oldest of which date back to before the creation of the Domesday Book.

The tree does not have to be ancient – a favourite tree of any age, size or species can be nominated as long as it is located in England. Whether it has a personal connection, a link to a significant date in history, a link to historical figure, or for any other reason; all are eligible. Later in the year the charity will create a shortlist from all entries and the public will be given the chance to vote which tree to put forward for England’s Tree of the Year.

Woodland Trust volunteer and ‘Tree Hunter’ Rob McBride said: “I have personally seen many of England’s oldest, most fabulous trees and now is the time to show Europe just how amazing they are. With the fantastic array of significant trees we have in England we have a great chance of winning the competition.”

Beccy Speight, Woodland Trust Chief Executive, added: “Many trees that we take for granted in our everyday lives have stood the test of time and have so many stories to tell. We want people to give these cherished trees the recognition they deserve by nominating them in this contest.

The Trust, which has recorded over 100,000 trees on its inventory of ancient trees, has already launched contests in Scotland and Wales whose trees, along with the English winner, will be entered in the European Tree of the Year competition in spring 2015. The competition has been running across Europe since 2011, with tens of thousands of votes cast every year.

IKEA is supporting the Woodland Trust in its search to find England’s Tree of the Year. Find out more about the nomination process or submit an entry at woodlandtrust.org.uk