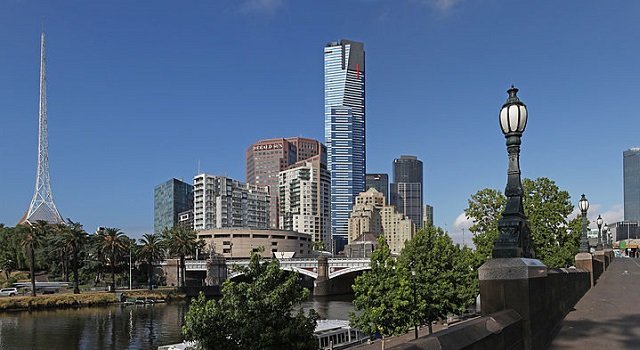 In heatwave weather, road surfaces, pavements, and buildings all contribute to keeping urban areas around 4 degrees hotter on average than non-urban environments.

The urban heat island effect occurs because the dense dark surfaces such as bitumen on roads and building materials used in cities accumulate and store heat during the day and then release it at night.

One of the simplest solutions to reducing the urban heat island effect is to provide more shade, with trees.

“On thermal images, you can see clearly the red hotspots of cities are streets, roads, carparks – wherever there is bitumen and concrete – and you can see the contrast with parks, garden and trees,” says councillor Cathy Oke, chair of Melbourne City council’s environment portfolio.

But tree planting has its limitations: trees can’t be planted in the middle of roads, they can’t necessarily be planted on private property, and there are also potential issues with having too many trees. CSIRO’s Dr Simon Toze gives the example of some US cities that went overboard on tree planting and as a result, women felt less safe walking around the streets.

“We want to make sure that what we do is not actually having a detrimental effect elsewhere,” says Toze, principal research scientist at CSIRO Land and Water’s Urban Living Lab, highlighting other issues such as water use and bushfire risk that can have implications for tree-planting efforts.