Trees to remember the fallen 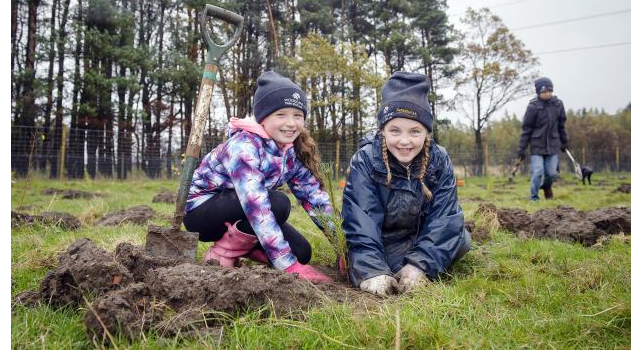 Over the last year the Woodland Trust will have planted a million trees to honour those who lived and served in the First World War.

As well as starting planting at four new UK woods it has provided free trees to thousands of schools and communities.

This week it will deliver 8,595 trees in Hampshire (5,385 to schools). This will help boost tree cover which is 19.38 per cent in Hampshire, compared to 13 per cent in the UK as a whole. The county is the third most wooded in England behind Surrey and West Sussex.

One of these trees could contain a golden ticket that identifies one lucky group as the custodians of the millionth tree of the charity’s First World War Centenary Woods project The project is helping plant millions of native trees to commemorate the First World War.

First World War project manager Philippa Borrill said: “While this is a fun idea it is also a symbolic mark in the commemorations as one million people also lost their lives in the First World War.”

The school or group which receives the ticket will be asked to contact the Woodland Trust which is organising a special surprise for them.

The tree packs have been generously funded by Sainsbury’s, IKEA Family, players of People’s Postcode Lottery and Yorkshire Tea.

Apply for tree packs for spring 2016 by visiting woodlandtrust.org.uk/freetrees.