Trees to be cut down for improved visibility on railway lines 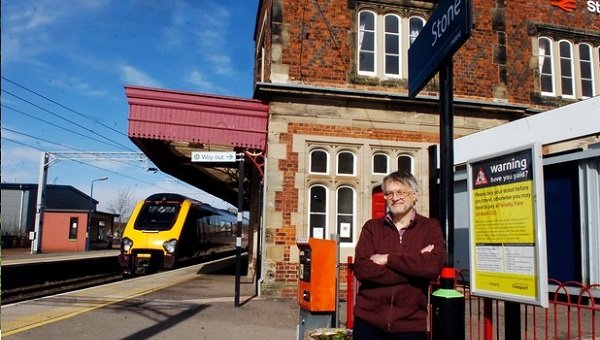 More trees are set to be felled and shrubs will be chopped back on a railway track to improve safety for train passengers.

Network Rail has announced plans to clear vegetation from a stretch of track passing through Stone.

The company claims the work is necessary to help maintaining signal visibility and overhead line equipment.

The improvements will be carried out on lines stretching from Stone Station through Kings Avenue and Tunley Street and are due to last from October to February.

Simon Evans, Network Rail spokesman, said: “If a tree grows too large and falls down it can cause problems, in serious cases it could result in a train being derailed.

“Other problems can occur when limbs grow into the overhead lines and leaves fall onto the tracks preventing the train to brake properly.

“So this is something we need to do to ensure the smooth running of the railway and general safety.”

The work will include:

A consultation event was held at Walton Community Centre this week to inform residents about the plans.

Kings Avenue resident Jon Heal, who is the chairman of the North Staffs Rail Promotion Group, said: “Network Rail has been sympathetic to our concerns but in some cases they are taking out extremely healthy trees to ensure the lines run correctly, so it’s an unfortunate conflict.

“I bought my house in Kings Avenue because it backed on to this lovely row of trees and some of those will be affected by this work.

“It’s a concern among residents that not only will the noise from the trains be louder, but that houses will decrease in value by quite a large amount.”

Twenty eight-year-old Hardial Ghatoray, also of Kings Avenue, added: “It affects the aesthetics of our properties but, as someone who is interested in nature, I believe it is really important to protect trees such as these.

“I moved into my house about two months ago and it is such a shame that the trees are having to be chopped down. But, I do think it was really good of Network Rail to hold a consultation to let us know what was going on.”