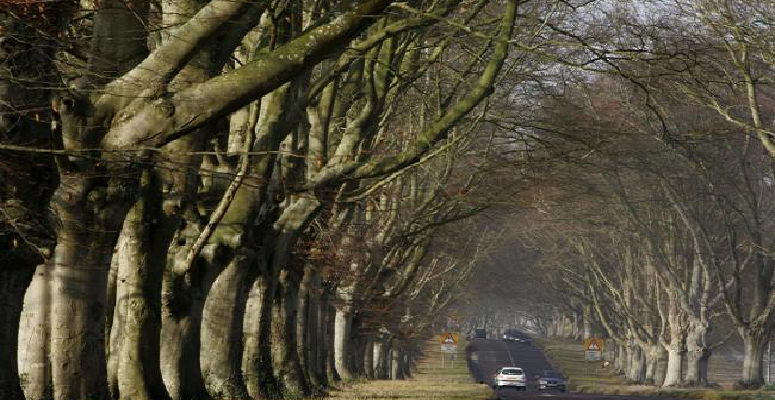 A study for the Office for National Statistics (ONS) reveals that in 2015 the NHS avoided £6.1 million in health costs thanks to air quality improvements by natural vegetation. That’s £14.55 for every resident.

Nationally, the ONS estimates there were 7,100 fewer lung and heart-related hospital admissions, 27,000 fewer life years lost and 1,900 fewer premature deaths thanks to the service provided by nature. The saving for the whole of the UK was £1bn.

Woodlands, grasslands and shrubs in Dorset absorbed 17.7 tonnes of air pollutants – about 69 kg of contaminants per hectare.

Top of the ranking was Breckland and South Norfolk, with 75.2 kg filtered by every hectare of land. Lambeth ranked bottom, filtering just 5.1 kg for hectare.

The most harmful of these substances is PM2.5, small particles with a diameter of less than 2.5 micrometres – about 3% of the diameter of a human hair. These particles can trigger chronic disease such as asthma, heart disease, bronchitis, and cause other respiratory problems

In Dorset, ozone was the pollutant most absorbed by plants, making up about 80% of the total.

According to the ONS, trees account for the highest volume of air pollutants removed by vegetation.

Overall, the study shows that 1.4 billion kg of harmful substances were taken out by vegetation in the UK in 2015.

Karen Exley, Head of Public Health England’s air quality and public health group, added: “Long-term exposure to particulate matter is known to be a contributory factor in early deaths, particularly for people with cardiovascular and respiratory disease, and is estimated to have an effect equivalent to 29,000 deaths a year in the UK.

“Long-term exposure to nitrogen dioxide is also thought to contribute to early deaths although its effects have yet to be quantified.”

A study published by the British Heart Foundation last week links levels of air pollution well below the UK’s current legal limits with serious changes in the heart structure.