Trees to remain around pipeline which broke in cyclone 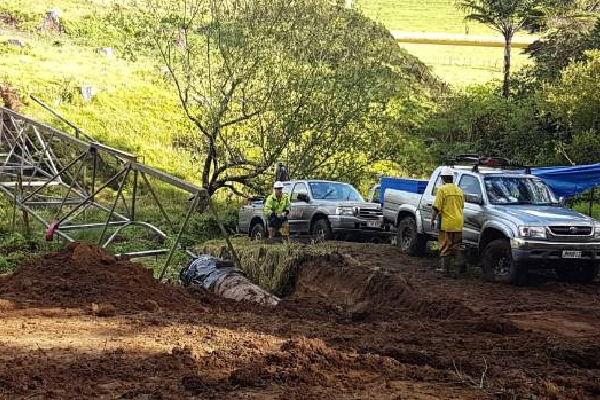 Three weeks after a tree smashed through a pipe and cut off water to thousands, no trees have been removed from around New Plymouth’s pipelines.

The damage happened when ex-Cyclone Gita hit the province in mid-February and sent New Plymouth into a state of emergency with water, power and cellphone outages and a boil water notice issued for the entire district for more than a week.

This weekend, Cyclone Hola is expected to arrive on New Zealand’s shores.

New Plymouth District Council (NPDC) spokesperson Jacqueline Baker said in an emailed statement that since the cyclone no trees had been removed from near water pipes.

“Using a specialist and independent arborist, we are making good progress surveying trees near our main water pipes and they are in good health with no risk of falling,” Baker said.

“Cutting down all trees near our main water pipes is not appropriate as many of them are on private land, or are in our parks or reserves, including the Te Henui and the Huatoki walkways along with Pukekura Park.”

Baker also said it was a balancing act.

“Removing trees near these pipelines would have a terrible impact on the natural beauty of our district,” she said.

“We need to keep our district beautiful as we strive to build a lifestyle capital but at the same time manage risk around key infrastructure, in a cost effective way and at a level acceptable to our 80,000 residents.”

When the district was in the middle of the water crisis New Plymouth mayor Neil Holdom said the council had not identified the tree as a risk.

The NPDC was asked if they had identified any new risks since the incident but did not respond to the question.

Murray said Taranaki could see some rain and swell from the cyclone, but couldn’t be sure of the intensity of it.