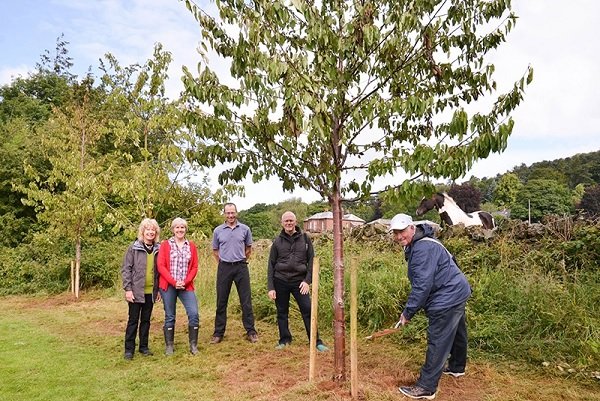 Twelve Ornamental Cherry (Prunus) trees have found new homes in Penrith this week, after they were dug up from the Penrith New Squares development to make way for the construction of the new Premier Inn hotel.

Eden District Councillor Michael Eyles (Penrith East Ward) has arranged for the trees to be replanted on open land at Scaws Drive and at Chestnut Close in Penrith.

Councillor Eyles said: “I am pleased to have helped the Council in their successful efforts to save some of the trees from the New Squares site. Over the four years or so they have become very popular with residents in that area and several have said they were very pleased to hear that some have been found new homes.”