Trees out, plants in at Berkhamsted High Street 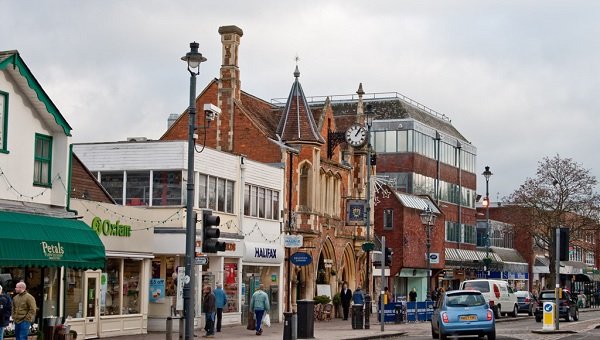 Three trees in Berkhamsted town centre have been chopped down – and then multiple planters with colourful flowers in them appeared along the High Street.

Dacorum Borough Council – responsible for the felling and replacement of the Italian Alders – said it had been discussing their removal since October.

A spokesman said: “All three trees were disturbing the footway.

“One was slowly dying, another leaned right over the carriageway and had been hit by a high sided vehicle and the third grown up and over the shop and flat above.”

Trees in town centres – given that they are surrounded by buildings– are not expected to reach full maturity and are replaced on average once every 20 years.

Meanwhile, Berkhamsted Town Council has spent about £8,000 on planters that it hopes will improve the appearance of the High Street. The spend will also cover the maintenance of the planters and the flowers in them for a year.

Three more planters will soon be installed outside of Berkhamsted Civic Centre.