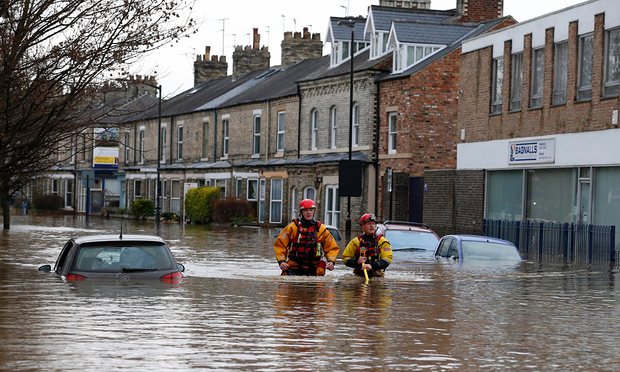 The Guardian has reported that 40,000 trees planted as part of the Slowing the Flow scheme has helped a Yorkshire town prevent winter floods.

The tree planting and other natural approaches have prevented flooding in Pickering, North Yorkshire, over the Christmas period.

The Christmas period is normally a time when heavy rainfall causes devastating flooding across the region.

An analysis of the Slowing the Flow scheme was published on Wednesday, 13 April and concludes that the measures reduced peak river flow by 15-20 percent at a time when 50mm of rain fell on sodden ground in 36 hours.

The scheme, set up in 2009 after the town suffered four serious floods in ten years, included the planting of 40,000 trees, 300 “leaky” dams and the restoration of heather moorland.

The work is intended to slow the flow of water into the river and reduce its peak height. A new flood storage area was also set aside in fields near Newtondale.

The project cost the government £500,000, significantly less than a proposed flood wall in the town.

The report concludes that the scheme prevented flooding that would otherwise have occurred to homes and the town museum.

It supports the calls for a more natural approach to flood risk management that followed a series of serious flood in recent years.

Jeremy Walker, partnership chair of Slowing the Flow, said: “We wanted to understand fully whether our efforts in recent years in trying to hold back and store water in the catchment prevented flooding in Pickering in the days after Christmas.

“This analysis by our hydrologists confirms that some flooding was avoided, although the measures were not fully tested. The key finding for us is that they appear to be working as expected and reducing the peak flood flow by up to 20 percent.

“This is good news for the town, although we need to remember that the measures installed have their limits and would not be enough to prevent flooding in the event of rainfall on the scale experienced, for example, in 2007.”

Image courtesy of The Guardian