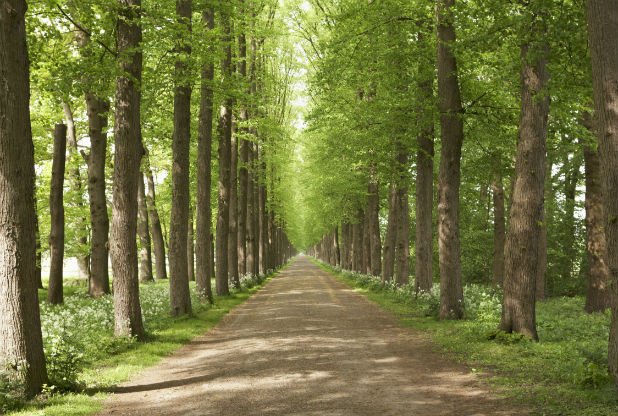 The first trees have been planted in Carmarthenshire to create four special woodlands across Britain to remember the fallen of the First World War.

The new woods are designed to stand as a “living memorial” to the sacrifice of the men who gave their lives in the trenches.

Children and volunteers from the Woodland Trust planted the first saplings of the First World War Centenary Woods at the 120-acres of rolling hillside near Ffos Las racecourse.

Dame Judi Dench is supporting the project – saying the woods will stand “for generations” as a tribute to the war dead.

Dame Judi said: “The centenary woods will stand for generations to come as a living, breathing tribute to all those who served in the First World War.

“Our children, grandchildren and great-grandchildren can hope to enjoy an inspiring woodland conservation opportunity which we can be apart of.”

The other three woodlands will be on 640 acres of English hills and grassland at Langley Vale, near Epsom, 53 acres of riverside meadows on the Faughan Valley, in Brackfield, County Londonderry, and 100 acres of land on Edinburgh’s doorstep in the Pentland Hills.

The £20 million project is led by the Woodland Trust and backed by Sainsbury’s to plant millions of native trees and leave a lasting legacy of peace to commemorate the horrors endured by those who laid down their lives in Flanders fields.

Jerry Langford, Wales Director of the Woodland Trust, said the project is one of the most “ambitious and poignant” they have ever undertaken.

He said: “We hope to see thousands of people getting involved by planting their own tribute or dedicating trees in memory of loved ones.

“We wish to create a living tribute to everyone involved in the war that will stand for generations to come.

“As well as representing enormous strength and bravery shown by the nation during the First World War, the trees that are planted during the course of the project will help strengthen our natural landscape, increasing its resilience to the threats posed by pests and diseases”.

Wales is one of the least wooded countries in Europe with only 15 per cent woodland cover compared to 44 per cent across the rest of Europe.

The £1.2 million project in Wales will see the former colliery site near the village of Carway, in Carmarthenshire, planted with 90,000 native trees and become a haven for wildlife and wildflowers, including the iconic Flanders poppy.

In England the Woodland trust will plant 200,000 native trees and create carpets of wildflowers to transform the land into a peaceful place where people can reflect.

Surrey is home to more ancient woodland than any other county and there are over 140 acres of existing woodland, mainly ancient, near the Langley Vale site.

In Scotland, the military has trained on the Pentland Hills for more than a century and now a fitting tribute of 50,000 native trees and five acres of wildflowers and poppies will be planted.

An avenue of 50 wild service trees will provide an annual flash of red during autumn as people’s thoughts turn to remembrance.