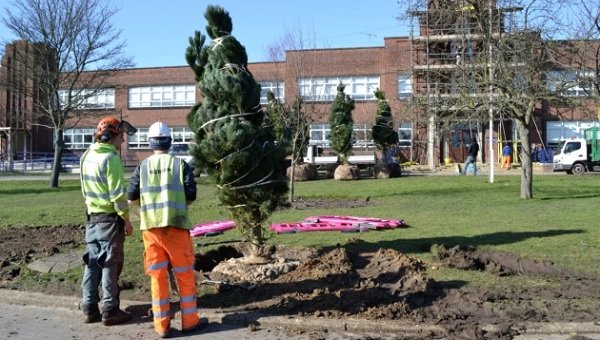 Conifers – which are good at intercepting airborne pollutants – are being placed at the front of William Torbitt Primary School in Eastern Avenue, Newbury Park.

Cllr Ashley Kissin, Mayor of Redbridge, and Cllr Ross Hatfull, cabinet member for community safety and enforcement, will be at the school for a ceremony on Wednesday.

The council and the Mayor of London have jointly funded the project, which follows on from a project to install a green wall – a wall covered with plants – at Winston Way Primary School in Ilford.

The trees in front of the William Torbitt School had stood for nearly 80 years before being removed to make way for the new conifers.