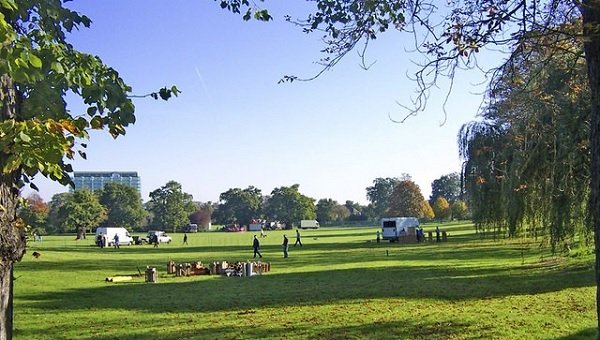 Patrols have been stepped up in a park after 13 trees were savagely hacked down.

The trees in Enfield Town Park, were chopped down on the weekend of August 8/9, and have resulted in more patrols being set up by Parks police.

Ella Walton, 88, of Uvedale Road, adjacent to the park, told the Enfield Independent that she was ‘devastated’ to hear the news.

She said: “I have seen someone working on those trees for the past three years and for someone to come along and chop them all down is absolutely devastating.

“I was heartbroken for the man who has dedicated a lot of time to those trees, it’s a lovely part of the park and has been ruined by this disgusting behaviour.”

Police are asking park users to be extra vigilant as they attempted to catch the culprit.