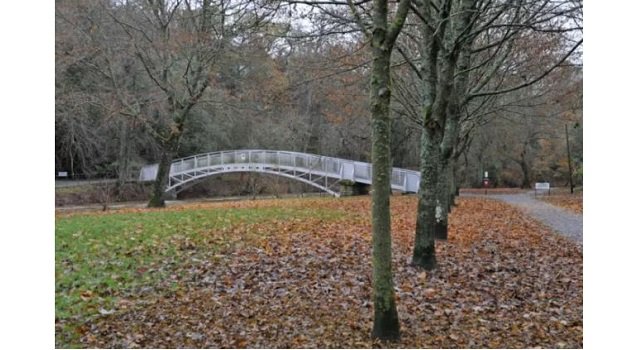 Almost a dozen trees are being felled in a bid to help Hawick’s Wilton Lodge Park, which is currently undergoing a £3.64m regeneration, fulfil its potential as a tourist attraction, it has emerged.

Landscaping around the Gilbert Davidson Fountain began this week, with P1 Contracts, of Linlithgow in West Lothian being awarded the contract.

The project team recently met members of the Wilton Lodge Park stakeholder group to discuss visibility of the park from the A7 road.

It is deemed essential to attracting passing visitors to the park that the visibility of all its attractions is maintained.

With that in mind, it was decided to remove 10 trees, three of which were already showing signs of disease.

Another dead tree has been earmarked for removal for public safety and the lopping-off of lower branches from some trees is required to allow adequate illumination of a new footway and cycleway.

Selkirkshire councillor Gordon Edgar, Scottish Border Council’s executive member for roads and infrastructure, said: “While it is unfortunate that a small number of trees have to be removed, it is necessary in order for the park to fully meet its potential as a significant tourist attraction for Hawick and the Borders.”

Most of the work lined up for the park is due to be completed by April 2017, a year ahead of the overall project completion date of April 2018.

“Despite now heading into winter, there is still plenty of activity in the park as we head towards completion of the regeneration project.