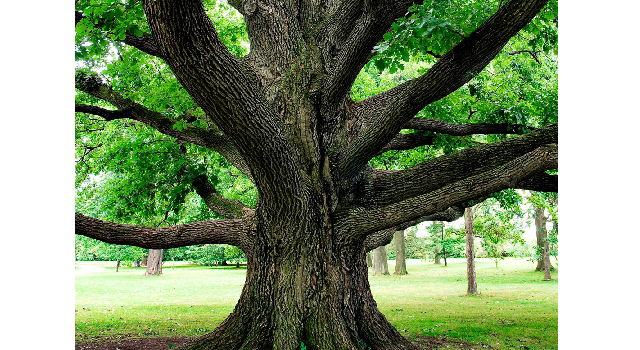 Orange dust from trees has been ruining residents lives and preventing them from using their gardens, according to a group of neighbours who want to see them axed.

Residents of Salterns Lane, Fareham, said they are fed up with the dust from a row of poplar trees, caused by a fungal tree disease, which returns every summer and blights their lives.

The trees are on a footpath, which runs from Salterns Lane to Bosuns Close, and is owned by Southern Water.

Salterns Lane resident Jeff Hinton (pictured) has been leading the calls and said he has been complaining to the company on behalf of the residents for 10 years, when the trees first showed signs of the disease.

Mr Hinton, 67, said: ‘We are covered in orange dust. The cars are covered and you have to wash your car everyday. It is ridiculous.

‘All the garden furniture is covered. Everybody is saying they cannot open their windows. We cannot even hang washing out as it goes orange. We have suffered this for 10 years and it’s time something was done.’

Mr Hinton, who is disabled, said he feared the disease was weakening the trees and that during last year’s storms large branches came down, which were cleared away by a neighbour.

He said: ‘They are a danger. It has got to the stage where I want to pull my hair out. We have all done our bit but after 10 years, it’s not a joke, it’s disgusting.’

The footpath is owned by Southern Water, as it links to the Peel Common Wastewater, and the grass and path are maintained by the council, but not the tress. After The News contacted the company, a representative met with Mr Hinton on Tuesday.

A Southern Water spokesman said: ‘We have met with Mr Hinton and inspected the trees in question.

‘They are infected with orange rust which, while not dangerous, is unsightly and is expected to get worse.

‘It therefore makes sense for the trees to be removed, which we propose to do once we are satisfied there are no planning constraints.’

The News’ gardening expert Brian Kidd said that it would be a shame to fell the trees as the disease could be treated by spraying them with a substance called Bordeaux mixture, which contains copper sulfate mixed with lime and water, every August.

He said: ‘There is a lot of it around at the moment. It can be prevented but there is no cure. This year many plum and apple trees have got it particularly bad.’