Trees from England, France and Germany to be planted at Bolton Parish Church 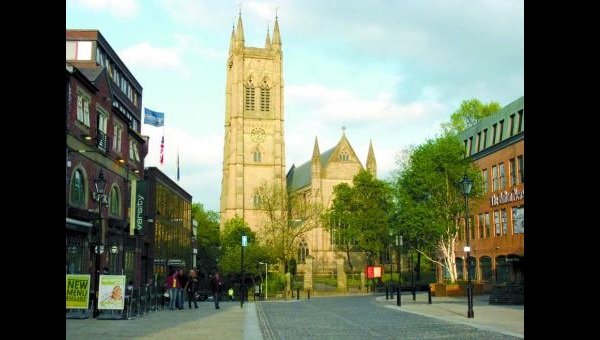 Trees from England, France and Germany will be planted in the grounds of Bolton Parish Church to mark the 100th anniversary of the start of World War One.

Three remembrance events will take place across Sunday, August 3 and Monday, August 4 and will include war veterans as well as looking to the town’s youth, with military cadets playing a key role.

On Sunday, August 3 there will be a civic service held at Bolton Parish Church at 6.30pm, led by the Rev Matt Thompson.

There will be a guard of honour in the grounds leading to the church with guides and scouts and cadets from the sea, army and air force organisations all involved.

A candle will be lit in the church and after the service, there will be three trees planted in the grounds, including species from England as well as France and Germany, to represent Bolton’s twin towns of Paderborn and Le Mans.

It is also hoped that the mayors of the two twin towns will be able to attend and join the Mayor of Bolton Cllr Martin Donaghy in planting the trees.

Cllr John Walsh, a church warden at Bolton Parish Church and president of the United Veterans, is organising the services.

He said: “The idea of planting the trees is to provide a permanent and tangible memorial to those who gave their lives in the war.”

The following day, there will be a memorial service in Victoria Square at 11am, when a wreath will be laid at the war memorial followed by the firing of maroons and a two-minute silence.

Distinguished guests in attendance at the service will include the Lord Lieutenant of Greater Manchester.

A candle lit at the Sunday evening service will be brought to the town hall steps to provide a theme of continuity between the various services.

Before the service, there will be a parade involving veterans and cadets, that will start outside the Market Place shopping centre at about 10.35am.

After the service, the parade will leave Victoria Square, passing by the war memorial.

The final event will see people invited to a service in the parish church grounds.

At 11pm, the candle which was lit the previous day will be extinguished to mark the declaration of war and the church will turn off its lights.

This will be accompanied by a rendition of the Last Post, before the national anthem is played to bring proceedings to a close.

Cllr Walsh said: “It is hugely important that we pay tribute to the thousands of Bolton men who gave their lives in the great war and we hope with these various services we can give everyone the chance to come along and pay their respects.”