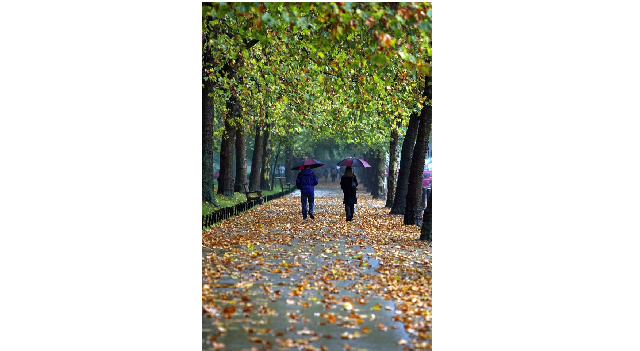 Planting trees could provide a cost-effective means of reducing the potential for health problems from smog and other pollutants on urban outskirts, scientists have suggested.

Several medical issues are associated with ozone (O3), a major component of smog, including breathing difficulties and tissue damage.

Yet it is also valuable in absorbing UV light, reducing human exposure to radiation that can cause skin cancer.

Researchers with the School of Forest Resources and Conservation at the University of Florida state that d espite decades of control efforts, ground-level ozone concentrations in many metropolitan areas continue to threaten human health – with latest figures from the World Health Organisation stating ozone causes 28,000 deaths in Europe each year.

Previous studies have shown forests reduce levels of pollutants, though this is thought to be the first research into a cost-effective reforestation project.

The study states: “Despite often decades-long control efforts, in many regions of the world ambient concentrations of ground-level ozone threaten human and ecosystem health.

“Furthermore, in many places the effects of continuing land use and climate change are expected to counteract ongoing efforts to reduce ozone concentrations.

“Reforestation of peri-urban areas, which removes ozone and one of its precursors, may be a cost-effective approach to ozone control and can produce important ancillary benefits.”

According to the authors, the project could potentially remove more than 200 metric tons of regulated ozone precursor equivalents over 30 years. The additional expense of buying agricultural lands for reforestation may be offset by the public and conservation benefits of reforestation, the report states.

Published today in the Proceedings of the National Academy of Science journal, the report adds: “The O3 problem may worsen due to continuing land use and climate change, especially rising temperatures. There is a pressing need to find new, cost-effective approaches to addressing the O3 problem.

“Forests have been shown to reduce ambient concentrations of many anthropogenic air pollutants, in both urban and immediately adjacent peri-urban areas located between rural areas and the outer boundary of urban settlements.

“These studies raise the question of whether reforestation might constitute a novel and cost-effective approach to O3 abatement by removing its precursor gases from the atmosphere at a lower cost … than engineering alternatives.”

The researchers said their analysis “indicates that reforestation could be a viable, novel approach for abating ground-level O3 pollution that complements conventional technology-based controls”.