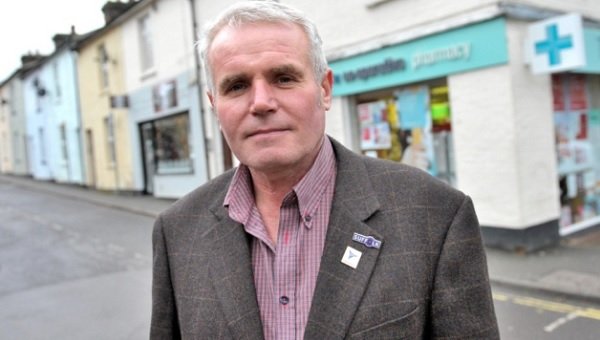 Trees have been cut down as part of an ongoing scheme to regenerate a run-down Haverhill Square.

Strasbourg Square in Haverhill’s Chalkstone Estate has been earmarked for a £35,000 revamp which is being paid for by St Edmundsbury Borough Council.

“Basically, the trees were pushing up the pavement and were not in the best state themselves to begin with,” said Councillor Tony Brown. “The borough council wanted to get started on the work as soon as they could.

“It’s part of the revamp of the square. There will be a range of improvements to the area.

“They’ve consulted with residents and shop keepers to get the best out of it.

“The reason they’re doing it now is that they want to get the trees down before the bird nesting season starts.

“If birds start nesting in the trees, it would delay the whole project.

“We’re looking forward to the whole area being done up.”

New trees are to be planted instead, and new benches will be installed.

Cllr Brown said, however, that the rejuvenation of the square would suffer if something was nod done about the derelict Vixen pub.

“It’s such a shame,” he said. “it’s unsightly, it spoils the whole area and it sits on the hill like a beacon.

“I gather the borough council is making serious efforts to get hold of the land owner to try to sort this out.”