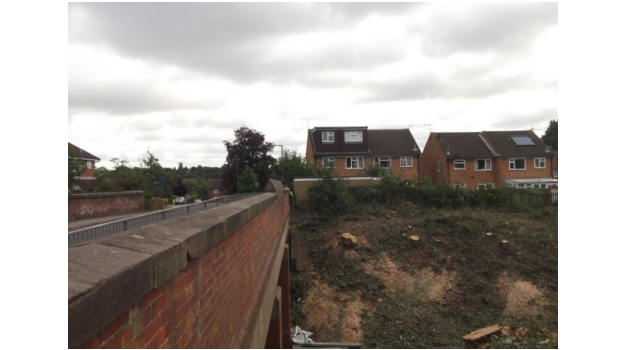 David Poor, a former district councillor, of Gorham Drive, said that in early August he and other residents received an “innocuous letter from Network Rail saying they were going to undertake vegetation management works”.

But it resulted in the removal of many trees along the railway line, leaving what residents claim are mainly poisoned stumps. David has written to the firm, which owns and operates Britain’s rail infrastructure, demanding that it immediately starts a replanting programme to rectify the “total devastation they have inflicted”.

He explained: “This has affected the way the whole area looks.

“We were proud of our trees but now all we have are tree stumps – and many of these have been poisoned to make sure they can not grow back.

“I think this has more to do with Network Rail saving money by destroying the trees instead of regularly maintaining them.

“There must now be a risk that in heavy rain the steep slopes of the cutting and embankment will slide either onto the railway or into people’s gardens.”

When he and county councillor for St Albans south Sandy Walkington surveyed neighbouring residents, they were told it was “total vandalism”.

People also expressed concern about the affect on the abundant wildlife in the area as well as the loss of privacy.

Cllr Walkington added: “This has caused outrage in the area.

“My mailbox has been inundated with emails from irate local residents who are deeply unhappy with Network Rail.”

A spokeswoman for the firm said that trees and vegetation had been removed between Watford North and St Albans Abbey stations.

She added: “Lineside vegetation can obscure signals, get blown onto overhead lines or on the tracks and into the path of an oncoming train, risking a derailment.

“It can also grow to an extent where maintenance staff do not have a safe place to wait while trains pass.

“This work also helps to prevent leaves falling on the line which hampers train acceleration and braking.”