Plans to chop trees down in Devizes causes outrage with residents 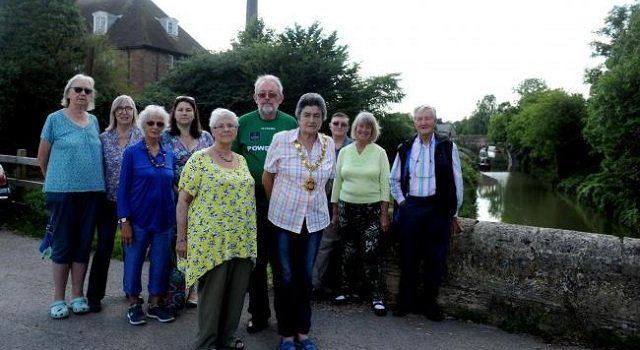 Plans to cut down 13 trees on the canal towpatch in Devizes has sparked outrage among leading members of Devizes Town Council.

Ruling group, The Devizes Guardians, which was formed after trees by the fountain in Devizes Market Place were chopped down despite angry residents making complaints, are demanding more information from the Canal & River Trust.

Guardians leader Nigel Carter said: “This plan to cut back the trees manifests our worst fears.

“I see little benefit to be obtained from opening up the towpath along this stretch, revealing as it would do the back garden fences and less desirable aspects of apartment blocks close to the London Road Bridge.”

Mayor Jane Burton also spoke out against the plan for a section of newly resurfaced towpath between Cemetery Road and London Road.

She said: “I think it would be a big shame to cut down the trees. I like them and think it gives a ‘shady nook’ when you’re walking.”

Councillor Judy Rose was also saddened by the possibility of the trees disappearing.

She said: “The Guardians are universally opposed to the plan. The trust’s justifications for the removal of trees do not stand up and will urbanise the path further.

“We question their claim that the trees will damage the canal bank, and as for damage to the ‘new’ towpath, there is no evidence anywhere on the existing towpath of any tree root damage to surfaces, all problems emanating from water damage rather than root incursion.”

People who use the towpath and spotted signs put up by the Canal & River Trust giving information about the trees took to Facebook to express their worries about losing them.

One wrote: “Horror of horrors, it states that over the winter period they are going to cut down all the trees between Cemetery Bridge and London Road Bridge. It appears that now we have a new path, the trees are a nuisance.”

But Sue Evans, who is a Conservative town and Wiltshire councillor, said: “I think cutting the trees down will open up the view and make it much nicer.”

Her views were echoed by fellow Conservative town councillor Andy Johnson who said: “The view will be better and it will also stop the roots of the trees disturbing the new towpath.”

Mark Evans, waterway manager at the Canal & River Trust, said: “During an inspection, it’s been flagged that if left to grow where they are, a few young trees in Devizes could damage the towpath surface, making it uneven and more difficult for cyclists and people using wheelchairs and pushchairs to enjoy the canal.

“Our engineers have proposed that we look at taking these ones out, but before we do anything, we want to see what the community thinks, and ask that people get in touch with any comments.

“The last thing we’d ever want to do is take away any of the trees around the canal, but we do want to make sure it stays as accessible as possible for everyone.”