Trees and the Law: The Latest Update 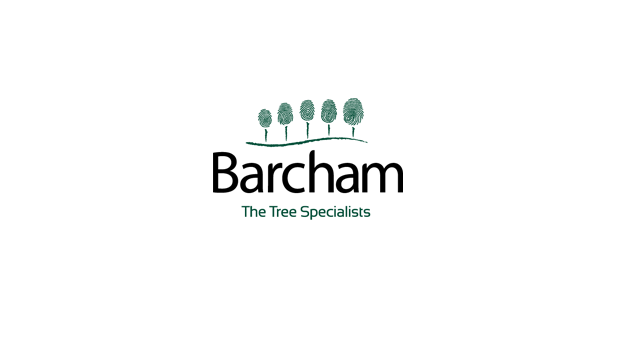 Trees and the Law: The Latest Update. A seminar with Charles Mynors, 24 June 2015, by Colin Hambidge

It is nearly three years since Charles Mynors led his previous seminar at Barcham Trees’ Cambridgeshire nursery, but so high remains the interest in the legal aspects of tree care that his latest appearance was once again heavily over-subscribed by tree officers and a range of other arboricultural professionals.  Entitled Trees and the Law: The Latest Updates, barrister Mynors presented without any visual aids and few notes to his rapt audience, with which there was much interaction throughout the programme.

Charles Mynors of Francis Taylor Building, Inner Temple has degrees in architecture and town planning, and spent nine years as a planning officer at the Royal Borough of Kensington and Chelsea, during which time he also qualified as a chartered surveyor.  Called to the Bar in 1988 (Middle Temple), he has built up a general practice on planning and is the leading specialist in the law on trees, listed buildings and outdoor advertising.  He is the author of The Law of Trees, Forests and Hedgerows, the only textbook on the subject.  Originally published in 2002, a second edition appeared in 2011.

He began by telling us that tree law is really about people rather than about trees, and considered the importance of trees in the ancient world, where they were regarded as an economic resource.  They were felled to provide wood both for building and for burning, but the de-forestation sometimes came with a high price.  For example, the practice resulted in the silting up of Middle Eastern harbours, such as at Ephesus.  In Babylon the penalty for lopping a branch from a tree was death, while the Romans when occupying what is now Germany had an even more unpleasant way of dealing with those who stripped bark from trees.

By the 19th century law was about settled land and who held the right to do things to trees, which were now seen as part of property.  At the turn of the 19th and 20th centuries there were many disputes relating to trees, boundaries and the ownership of trees on or near boundaries.  In the 1960s and 1970s subsidence became a major issue.  The viewpoint of trees as danger became increasingly important.  We need to bear in mind England is the sixth most densely populated country in the world and that Tree Protection Orders (TPOs) have changed little since they were introduced in 1943.  We have come to appreciate the amenity value of trees, and this is protected both by planning law and by environment law.

Charles made the point that trees as wildlife habitat now have much more protection than they do simply as trees.  That said, the creatures living in them have more legal protection than the trees themselves.  Trees may be useful and desirable, but other people’s trees can be a nuisance, and they are certainly big enough to warrant litigation.

Who owns a tree?  A tree is owned by the freehold owner of the soil in which it grows.  If a property is occupied by a leaseholder, the tree is still owned by the land owners – freehold and leasehold.  What really matters is who has the right to do anything to a tree.

Trees on the boundary between properties are an inevitability, but when the roots of a tree pass from property A to property B who owns the roots?  They remain the property of the owner of the tree.  But what happens if the tree is actually on the boundary?  It is then owned by two parties in common, although in reality very few trees grow on a boundary.  If the branches of A’s tree overhang B’s property, B may cut them back to the boundary and return the branches to A.  He may also cut the roots back to the boundary, if he wishes.  Boundaries were traditionally marked by hedges, which have a habit of growing into trees, Charles reminded delegates.  It is sometimes difficult to discover who owns a hedge, although this can often be traced through recourse to property deeds.

The leading case involving trees overhanging boundaries was Lemmon v Webb [1894], and this went all the way to the House of Lords.  Anyone wishing to lop back branches to the boundary of properties is not obliged to give notice of his intention to the other party.  We have the right to cut back trees due to the law of nuisance, which differs from trespass in that a nuisance is created on our own land while trespass involves going on to someone else’s property.  When trees encroach, such as A’s tree’s roots in B’s soil or A’s tree’s branches in B’s air space, this is termed a nuisance.  There is a right in common law to ‘abate the nuisance’, which generally means cutting back the offending overhang to the boundary.

Charles explained there has been a considerable amount of court action relating to damage cause by tree roots, especially where trees are close to dwellings.  Trees take out moisture from the soil, so the soil may contract and expand, thereby sometimes causing cracks in houses.  If your tree extracts the load-bearing quality of the soil under a house, this is a nuisance.  Such problems are quite common in south east England, where much of the soil is clay.  It has to be proved that a tree is causing damage, and sometimes there may be other causes, such as defective drains, tunnels or even bomb damage.  If a house moves seasonally, however, the cause is usually vegetation, and the nearer a tree is to a house, the more likely it is to cause damage.

Hazardous trees were then considered.  Tree owners have a duty of care to any person on their land (under the Occupiers’ Liability Act), to neighbours and to the highway and its users if a tree could fall into the highway.  They are required to take ‘reasonable’ care that their trees are ‘reasonably’ safe.  Very few cases of this nature end up in court, and those which do are usually borderline cases or ones relating to the highway.

Tree owners should be seen to take a reasonable and sensible approach, such as having them inspected by someone with sufficient relevant experience fairly frequently, but there is no absolute standard in this matter.  Rather it is a case of what is considered ‘reasonable’.  The concept of danger involves both a defective tree and a target, and so it is important to prioritise both risks and targets.

Charles went on to discuss several other facets of trees and the law, such as works to trees, the need for consents and permits, felling licences, trees and developments and special trees.  On the matter of TPOs, he queried whether they are worthwhile, although most people present felt they were.  He reminded delegates that TPOs need to be served on all relevant parties, and that although they may be challenged in the High Court within six weeks of being served, it is actually very difficult to challenge such an order.

At the end of a lively day, I asked Chris Wright, arboricultural officer at Basildon Borough Council, who was attending his first Barcham seminar, for his view on the seminar.  Charles Mynors had obviously impressed him.  “His level of engagement with the audience, his ability to not over-complicate, plus readily digestible points, supported with greater context by Charles, and a hand-out that contained the new court case precedents since the publishing of his book, left us all with much food for thought”, Chris told me.  “Charles also mentioned he will be working on a third edition of his book, alongside other contributors this time.  It certainly will be interesting to see what the future brings for trees and the law”.