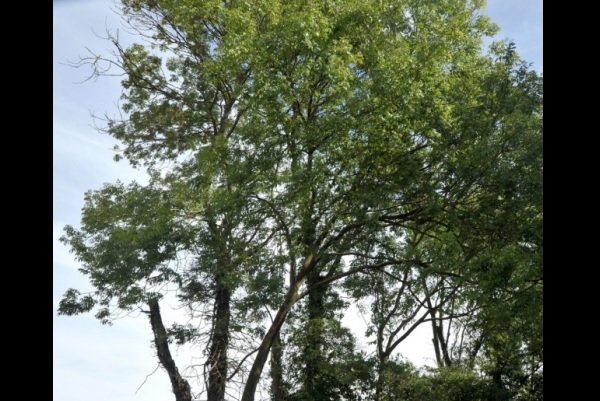 A tree trimming mission on behalf of Circle Housing looks like a “wonky hair cut” according to a March homeowner.

The row of 60 foot high trees sit on the border of the property of Colin Harley and a building site for a social housing development off Elliott Road in March.

However, tree surgeons have only cut the branches from the building site side – to make room for the new homes – leaving the branches on Mr Harley’s side still there.

Mr Harley said: “The trees are tall, the branches are heavy. It wont take much for them to topple. It is not only dangerous it is the weirdest tree trimming I have ever seen in my life.

“It is penny pinching to the extreme.”

Fact – bus driver Mr Harley, of West End, said he had contacted Roddons and Crestel Partnership, who have teamed up for the build, but has had no reply.

“You would not go to a hairdressers and ask for one side of your hair to be cut, that’s a wonky hair cut, so what are they thinking cutting trees like that,” he said.

Circle Housing, Crestel Partnership and the Design Partnership have teamed up for the build which has won financial help from the Department for Communities and Local Government.

On the site will be 18 flats, 37 homes and four bungalows to rent with one bungalow for affordable rent and shared ownership.