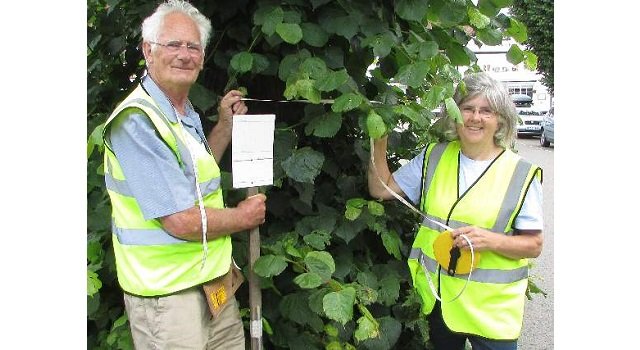 A survey last summer was carried out by about 40 volunteers, who listed, measured, mapped and categorised more than 800 trees in the town.

An initial valuation has suggested that the trees are worth millions of pounds.

It was co-ordinated by an expert in the effects on trees of pollution and climate change, Professor Andy Moffatt from Liss who works at Alice Holt woodland research centre.

At the supper on Friday, January 6, he said hopefully the survey would be published in full before Easter.

He said: “It took about 40 minutes to survey each tree, and projections from the survey suggest that there are some 60,500 trees inside the Petersfield parish boundary.

“Among the trees surveyed there were 70 species, with oak being the most common, followed by elm, and then ash.

“A preliminary valuation based of the trees inside the Petersfield parish boundary, suggests they are worth many millions of pounds

“But there are signs that in the built up areas mainly, about a quarter of the tree crowns are in a poor state.”

It was also agreed that procedures and budgets should be identified to ensure that the tree population in private and public spaces is cared for and trees replaced as needed.

A view welcomed by Petersfield environmentalist Robin Hart, who helped organise the day to day running of the survey

It was also suggested that where new housing is to be built, that care is taken to ensure enough trees are planted and looked after.

Petersfield Society president Tony Struthers also said that the society’s environment committee would be the best focus for future discussion and action.

The American i-Tree programme is managed by partners including the US government’s forestry service, with the aim of promoting the recording of trees in the wild and in urban areas.

The survey findings have now been delivered to i-Tree in America, and will be added to the project data base.