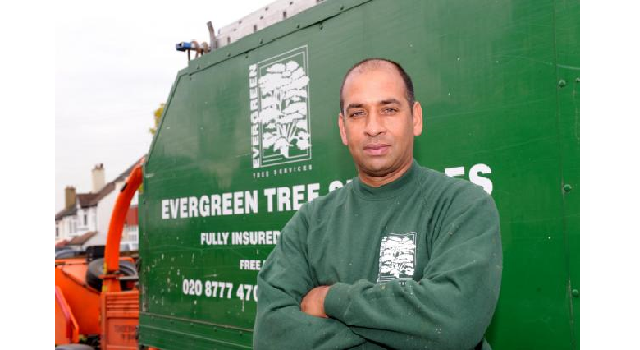 A tree surgeon from West Wickham received death threats after Watchdog exposed a company with the same name as his own.

Peter Rowland has run Evergreen Tree Services for the past 20 years but was fuming when a BBC segment on cowboy gardeners outed a ‘business’ operating under the same name.

The show aimed to expose a man named James Doyle who fleeced pensioners out of thousands in south east London and north Kent.

But despite a disclaimer at the beginning of the programme, the father-of-two claims it was not made clear his company was innocent.

“About 15 minutes later I started getting phone calls abusing me from people who thought I was the rogue trader scamming all these old people.

“From when the programme aired up until about 2am I received threats, then it started up again the next day at 6.45. The phone didn’t stop ringing over the course of the weekend.

“The threats were quite serious, one threatened to firebomb my house.

“They were googling Evergreen Tree Service and my company was coming up with my address so they knew where I lived.

“We were quite fearful that night.”

He added he called the police who came to the house he shares with his 52-year-old wife Linda, and one of their sons Tom, 14.

After getting in touch with the BBC he began forwarding the abusive texts onto producers, aiming to get across the impact the show had.

Mr Rowland, 51, added: “They said they made it crystal clear it wasn’t me, but if they made it clear why did I receive 150 calls in 24 hours?

“It could have a long term impact. I’ve worked so hard and I feel that the name has been tarnished.

The BBC put a disclaimer up online clarifying Mr Rowland was not the rogue trader, and sent him 100 letters to distribute.

But the tree surgeon says he wants compensation and a retraction in next week’s programme.