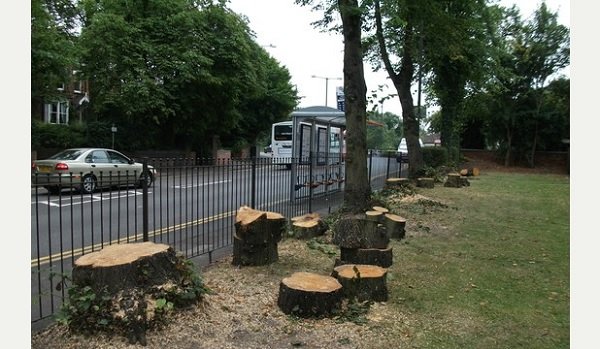 A tree surgeon has been fined hundreds of pounds after removing plantations that were protected by a legal order in a Walsall conservation area.

Clement Kidney pulled down the three lime trees at Wesleyan Court, in Lichfield Road, without the consent of Walsall Council.

Walsall Magistrates’ Court heard that the trees were protected by a tree preservation order – and that, despite a resident advising him about the order, he continued to remove them.


The 64-year-old – trading as Town and Country Tree Surgeons, of Acocks Green, Birmingham – was ordered to pay more than £800 by magistrates, who also fined the property’s owner £2,000.

Speaking after the case, Cllr Lee Jeavons – portfolio holder for environment and transport at Walsall Council – said the situation could have been easily avoided.

“Trees are an important part of our local environment and the council is committed to protecting them through the use of tree preservation orders,” he said.

“We thank the local resident who tried to intervene and subsequently brought this matter to our attention so we could investigate.

“We will not hesitate to prosecute in these circumstances although it could have so easily been avoided if the tree surgeon had contacted the council to check whether a Preservation Order was in force.”

Kidney pleaded guilty to a charge of contravening a tree preservation order and was sentenced on Monday, January 12.

Magistrates’ said more care should have been taken by the tree surgeon to ensure the limes were not protected and that the company should have had better procedures in place.

Property owner AH Field (Holdings) Ltd of Bath Row, Birmingham, also entered a guilty plea and was fined £2,000, ordered to pay court costs of £1,107, and ordered to pay a victim surcharge of £120.

Steps are now being taken to replace the trees.

A spokesperson for Walsall Council added: “The council will seek to have the three limes replaced within the tree preservation order before the current planting season ends in late March.”

Removing protected trees is an offence contrary to Section 210(1) of the Town and Country Planning Act, which carries a maximum penalty of £20,000 if heard at the magistrates court, or an unlimited fine if heard at Crown Court upon indictment.

Under the same act, anyone who prunes a protected tree without consent may be liable to a fine of up to £2,500