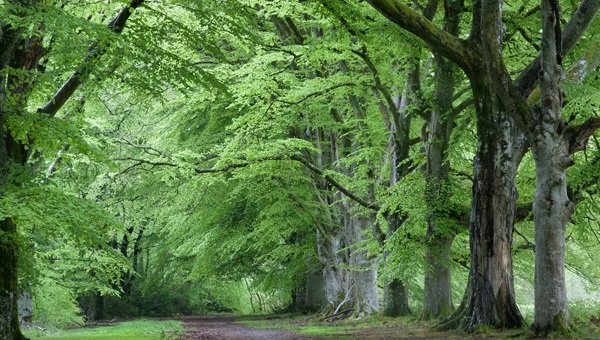 Syd House, head of one of the national forest agency’s five regions, has been awarded an MBE in the Queen’s Birthday Honours for his contribution to and passion for forestry in Perth and Kinross.

The recently retired head of Perth and Argyll Region of Forestry Commission Scotland, Syd became a renowned expert in the history of the trees and landscapes of Perthshire. Following his recognition, colleagues were quick to praise the popular and dedicated tree champion.

Morag Watson, manager of the Perth and Kinross Countryside Trust, commented: “Syd was one of our Trustees for many years and it was his passion, energy and expertise that drove the recognition that, with over 200,000 acres of woodland which includes more champion trees than anywhere else in the UK, Perthshire is Big Tree Country.

“The initiative he helped found has raised over £2 million to protect and promote the special trees and woodlands of Perthshire including the Fortingall Yew, Europe’s oldest tree, and the Birnam Oak, the last survivor of Shakespeare’s Birnam Wood. Our Perthshire Big Tree Country partnership continues to go from strength to strength and is an amazing legacy of Syd’s dedication.”

Martin Gardner, director of the International Conifer Conservation Programme at the Royal Botanic Garden Edinburgh, added: “Syd recognised that the climate of Perthshire was ideal for growing conifers and brought together this knowledge with his passion for the legacy left behind by the Plant Hunters employed by Perthshire’s Victorian landowners.

“He was dedicated to seeing the Victorian designed landscapes that give Perthshire its unique woodland character restored and replanted.

“By bringing together the Perth and Kinross Countryside Trust, Forestry Commission Scotland and the International Conifer Conservation Programme he found a way to replant and restore these landscapes in a way that contributes to an internationally important mission to save some of the world’s most endangered tree species.

This trailblazing approach has had a huge impact on our conservation work and it wouldn’t have happened without Syd.”