Trees are saving the life of Glasgow 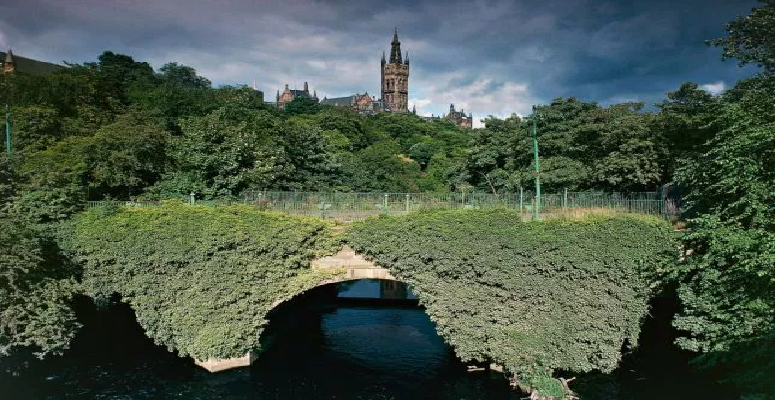 A new body of research shows just how valuable greenery in Glasgow is to the wellbeing of its citizens, as well as the general aesthetic appeal of a city historically known as ‘Dear Green Place’, and for good reason.

With over 90 parks and public gardens ranging from the iconic Kelvingrove Park to a range of lesser known gems, its an urban reality vastly different from the stereotypical imagery of a permanently grey, unending concrete jungle. But it’s how the city’s plants and trees contribute to boosting public health that could prove of more lasting importance.

The new work has found that healthcare costs are reduced by almost £12 per person due to the airs pollutants being absorbed by the surrounding vegetation, a total saving of £59.2m in 2015. What that means in practical terms is less money being spent on treating avoidable air quality related issues such as heart disease, asthma, bronchitis and other respiratory illnesses. In fact, a similar figure can also be shown for Edinburgh (£10.47 per person), while the less densely populated Dumfries and Galloway in the borders can point to an even higher figure, with £14.55 saved per head in avoided health costs.

Although the figures are promising, they aren’t a cause for jubilant celebration just yet for Scotland, or the rest of the UK. Despite 1.4 billion kg of air pollutants being absorbed by greenery, woodland and other general UK vegetation, it’s a figure that sounds slightly less impressive when put in context against a total amount of air pollution over five times as large. Though the report’s authors at The Office Of National Statistics have come out as saying all those lovely trees won’t solve the UK wide air pollution problem entirely, it’s still making an important dent in a pretty terrifying problem. A greater effort in tree planting is needed.