Tree at riverside beauty spot felled due to old age 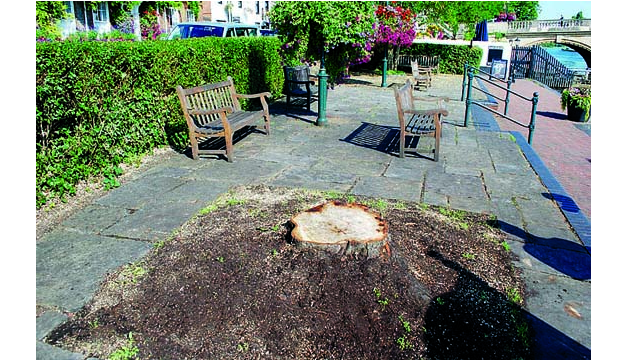 The 20ft Indian horse chestnut at Singers Park, a riverside seating area in Thames Side, had stood for decades.

Henley Town Council, which owns the land, decided to fell the tree for safety reasons after it was inspected by arborists and found to have “stress fractures” several inches long.

Town clerk Mike Kennedy said: “We were concerned as to the safety of the tree. If it had been in a field on its own, where nobody frequents, we wouldn’t have taken it down, but people sit in Singers Park having their lunch and there is a busy road next door. Trees, like people, are living things and they reach the end of their lives.”

He said the tree would be replaced but not before the end of the year because the ground had to be left fallow to prevent cross-contamination.

Donna Crook, 39, of Abrahams Road, Henley, was sad to see the tree stump. She said: “It was such a lovely tree to sit under and it provided a lot of shade. We hope it is replaced as soon as possible.”