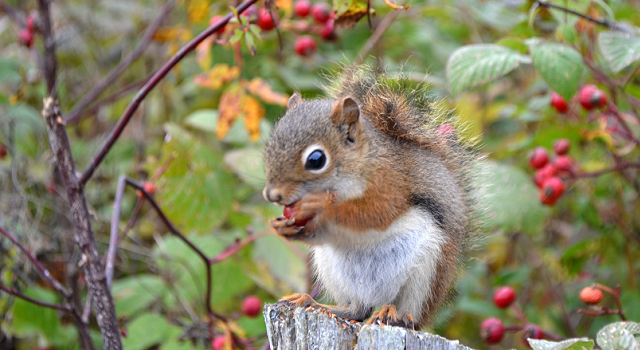 A “red squirrel corridor” is to be planted across Anglesey in a bid to boost the red squirrel population.

Around 150m of hedges will be planted, along with 600 trees are part of a three-year long forest project, which will see a total of 100,000 trees and 7.5 miles of hedges planted in four corners of Wales to help connect existing woodlands.

Anglesey’s newly-planted hedges and trees will connect to a planned squirrel bridge, which crosses the A4080 and a further 400m of hedge being restored by volunteers.

The project aims to halt the decline of the red squirrel in Denbighshire, where there are around 800 living currently.

Dr Shuttleworth said: “Anglesey has one of the most important squirrel populations in the UK and it is great to see so many volunteers and landowners supporting the Long Forest project.”

More than 1,000 trees will be planted at the RSPB site Malltraeth Marsh to bridge the gap between hedgerows.

Keep Wales Tidy, which is behind the project, described this area between Newborough and Llangefni as a “red squirrel stronghold”.