Tree planting in England plunges to an all time low 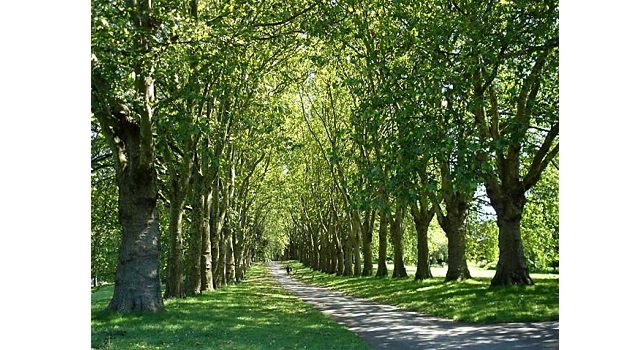 Tree planting in England has plunged to an all-time low, with only 525 hectares of new woodland created in the year to March 31, 2017.

Confor’s Chief Executive Stuart Goodall said the statistics were both shocking and depressing – and an indication of total policy failure.

“These figures are pathetic – we thought things couldn’t get any worse, but they have,” Mr Goodall said. “What is clear is what I have said repeatedly – the current grant system is simply not fit for purpose.

“These shocking and depressing figures show that radical change is massively overdue.”

The statistics  published by the Forestry Commission (See Page 11) on behalf of the agencies involved showed planting almost at a standstill in late 2016 and early 2017. After 422 hectares were created in the first quarter of 2016-17 (April-June), this fell to just 37 hectares in July-September 2016, and only 23 hectares of woodland in the whole of England between October and December 2016. The first figures for 2017 showed a slight increase to 43 hectares planted in January-March.

Mr Goodall added: “Planting 37 hectares over three months would keep one person employed for just one day a week – over the whole of England. This failure is destroying rural jobs and threatening the viability of our hard-pressed tree nurseries.

“It is also punching holes in Government targets for tackling climate change. Planting trees is a cost-effective way to lock-up carbon as recognised by Treasury when it recently awarded over £19m for additional tree planting. However, there appears to be little point in throwing money at a system that is failing so abjectly.”

The tree planting scheme is over-seen by Natural England, a departure from the past when Forestry Commission oversaw tree planting in England. Confor has argued for a single agency to take charge of woodland creation applications, funding and planting targets – and wants that responsibility to pass to a reinvigorated Forestry Commission, which goes back to its roots and oversees a new era of increased tree planting.

“The three-agency system confuses applicants and creates additional paperwork and hurdles,” said Mr Goodall. “It also results in a lack of accountability – none of Natural England, the Forestry Commission or the Rural Payments Agency appear to see meeting tree planting targets as their responsibility, with parts of Natural England appearing to be actively opposed to planting trees.”

He noted that if the proposed new planting scheme at Doddington in Northumberland was approved, the planting figures would instantly look much better.

Doddington would see more than 600,000 trees planted in a modern, multi-purpose scheme – with 276 hectares of planting on a 354-hectare site. Project manager Andy Howard said: “The presumption seems to be that trees are somehow a last-resort land use, despite all the economic, environmental and social benefits.”

Stuart Goodall said he was beginning to wonder if Natural England actually liked trees: “There seems to be an incredibly outdated attitude towards forestry at Natural England – and no attempt to understand what modern mixed forestry looks like and what it can deliver.

“I think Natural England has to reassess fundamentally its place in the forestry equation. It appears internally conflicted regarding high-quality planting schemes, which operate to the highest international standards of sustainability, and it is has shown itself unable to drive delivery of government policy on tree planting. It is tasked with the job of “protecting England’s nature and landscapes”; but, in practice, its attitude to trees means a range of lost opportunities to enhance our environment.

“Modern mixed forestry is so far removed from the planting of the past as to be in a different world. It can remove huge quantities of atmospheric carbon, reduce future flood risks and provide habitats for threatened and rare wildlife. It’s time Natural England joined the real world and enabled the Forestry Commission to take charge of planting targets and unlock the range of benefits trees can deliver.”

Image: © Copyright Linda Bailey and licensed for reuse under this Creative Commons Licence.