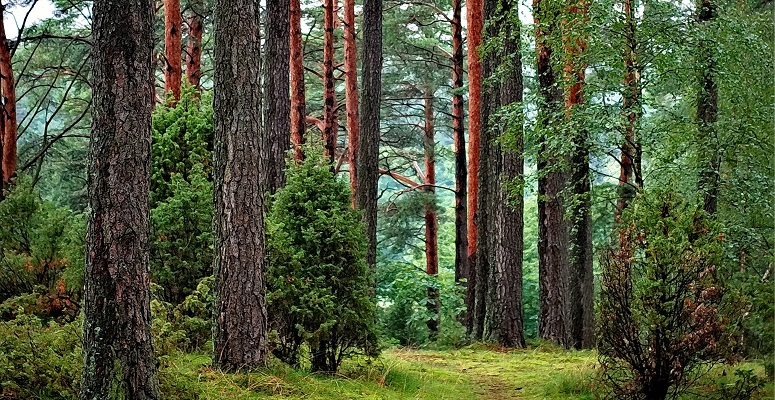 The key role of tree planting and wood use in meeting Scotland’s climate change ambitions has been highlighted by the Committee on Climate Change (CCC) in an updated report to the Scottish Parliament.

The CCC praised the fact that Scotland planted around 11,000ha of new woodland in each of the last two years and welcomed the increase in its planting commitment from 15,000 to 18,000ha annually by 2024/25 – and raised the prospect of even higher targets.  Its report also called for action to drive up the use of wood in construction.

Stuart Goodall, chief executive of Confor, says: “It is great to see the continued recognition by the CCC that tree planting and wood use has an increasing role to play in delivering on climate change mitigation, and that Scotland is well placed to take a UK lead.”

Chris Stark, CEO of the CCC, who addressed the Confor AGM last month, praised the enormous progress in tree planting in Scotland. He said: “The report says Scotland is the best performing in the UK and across the G20 (19 of the world’s largest countries and the EU) in terms of tackling emissions. However, 65% of that progress is accounted for by reduction in power sector emissions and there is limited scope for further progress in that industry, so other sectors must step up. Forestry and wood is very much up for the challenge.”

Mr Goodall welcomed the specific recognition of embodied carbon in the report. “This is a major step forward, especially following the Scottish Government’s recent commitment to increase the use of Scottish wood in construction from 2.2 million cubic meters (2018) to 2.6 million cubic meters in 2021/2022.

“Increasing the use of wood in construction has a double-benefit – it stores greater quantities of carbon but also displaces more carbon-intensive materials like steel and concrete. I also welcome the emphasis in the CCC’s report on the need to assess and benchmark whole-life carbon in buildings.”

The CCC report called for a more joined-up approach to rural affairs and called for “a new rural support scheme that builds towards Scotland’s climate goals”.