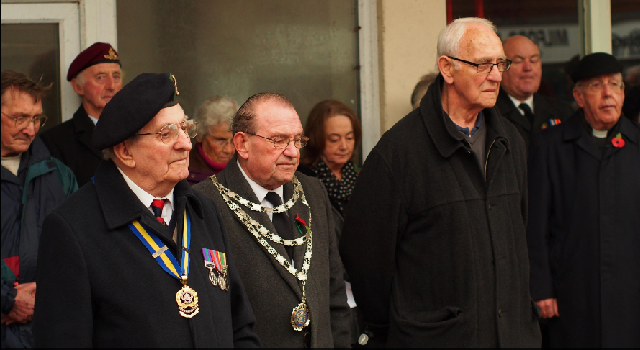 FOR two minutes on Tuesday morning, Charles Street came to a halt as veterans and civilians marked Armistice Day.

The service was followed by a blessing by Father Harri Williams of a tree – donated by Milford Haven Town Council – to mark the centenary of the start of the First World War, which has been planted in the memorial gardens.

Joining the assembled crowd, which included town Mayor Eric Harries, were visitors from Ukraine and France, who have been visiting Milford Haven as part of the town’s twinning project.