Tree is planted at hospital to mark those treated during WWI 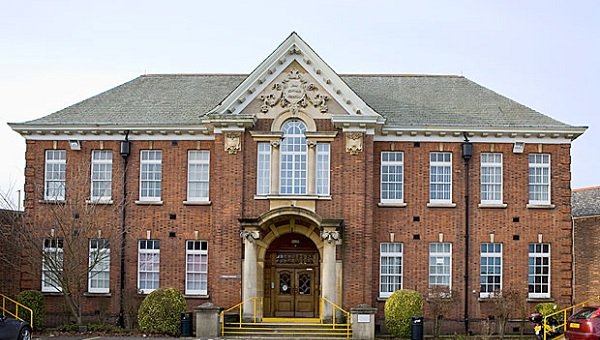 Hospital care given to wounded servicemen in Gainsborough during the First World War has been remembered 100 years on with a special commemorative service.

Guests gathered at John Coupland Hospital to mark the centenary of the war.

The hospital had been open for less than a year when it became a military hospital to support returning injured servicemen in 1914.

After the war, an extension known as the Peace Memorial was built as a permanent memorial to those who had died. It opened in September 1921 and included an outpatients department on the ground floor and a nurses’ home above.

The dedication service was led by the Rev Bill Williams and included the installation of a memorial plaque and wreath laying.

A tree has also been planted by ex-servicemen and John Coupland Hospital Charities Committee members David Lomas and Derek Hall.

A time capsule will be buried at a later date when details of the centenary celebrations have been collected.

The event was organised by the John Coupland Hospital Charities Committee.

Brenda Allen, chairman of the Charities Committee, said: “The tree planting started out as a simple event, suggested at committee, to mark the work of the hospital during the Great War.”

“It has since taken on a life of its own and expanded to become another important event in the hospital’s history, simply because of the interest and love for it in the area.”

“We hope the tree will engender more community interest in our local hospital.”

Chief Executive at Lincolnshire Community Health Services NHS Trust, Andrew Morgan, said: “It is testament to the hard work and dedication of all who have been involved with the hospital, both past and present, that it still remains a well-loved part of the community today.”

“We are honoured to be able to remember the role the hospital and its staff played during the First World War.”