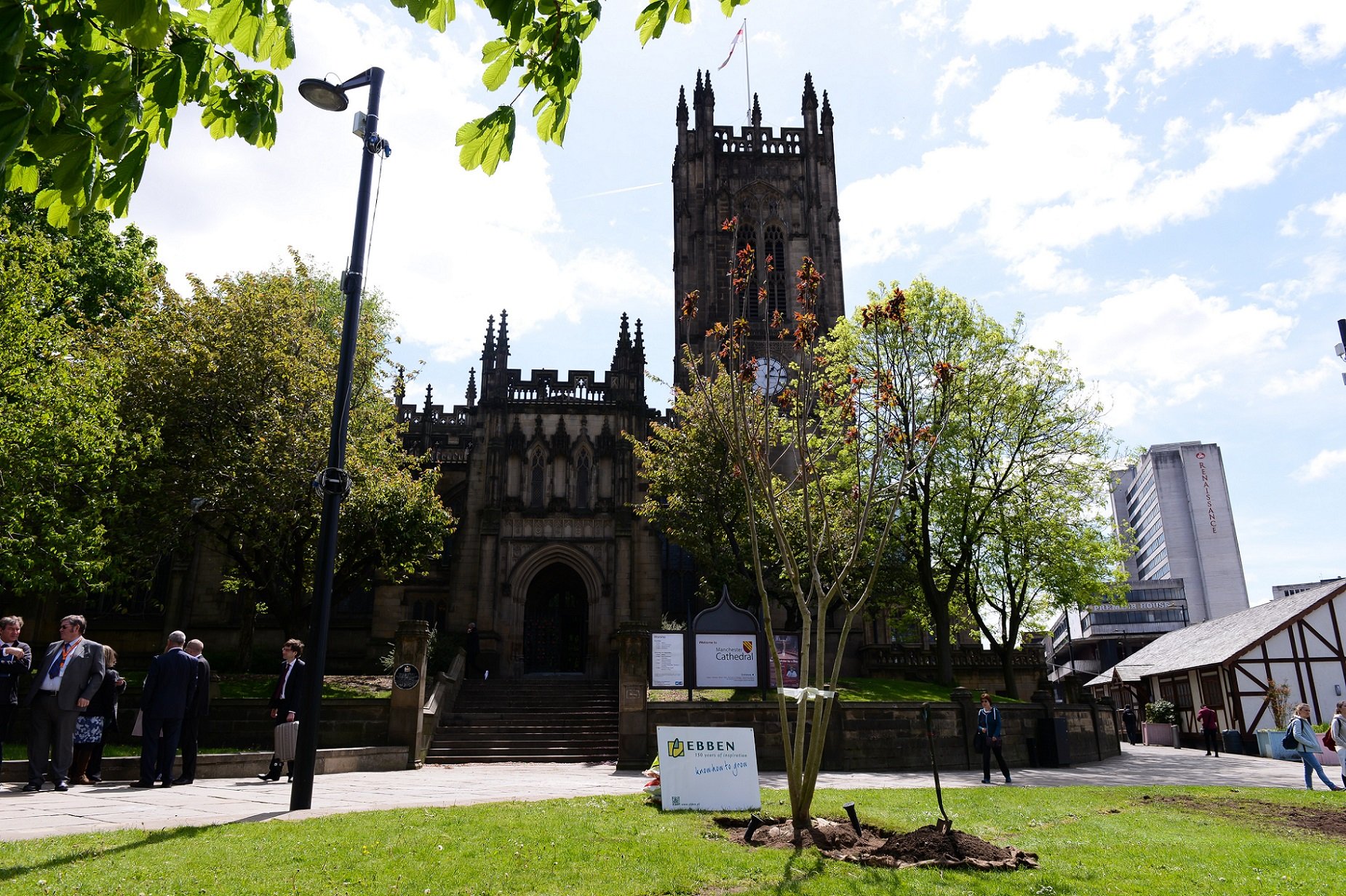 As part of the Netherlands Business Support Office’s (NBSO) latest seminar on urban landscaping solutions held in Manchester, a new tree was planted outside Manchester Cathedral.

The NBSO’s seminar in May showcased the latest innovations that are enabling cities globally to rethink their urban landscape and pave the way to greener, healthier cities. It provided insights into the reshaping of green infrastructure for all organisations managing public spaces.

“City centres drastically need trees, not just to give visual appeal but they are an important aspect of the natural environment and we need them in our cities. We arrived on site and removed the stump of the Hungarian oak which had been felled by Manchester City Council’s arboriculture team earlier in the morning.

“The team then created a new tree pit for the tree before planting and backfilling the hole leaving enough soil for Manchester’s Lord Mayor, Susan Cooley, to lay during the ceremonial planting.”

Glendale’s Civic Trees division planted a purple leaved Tree of Heaven (Ailanthus Altissima Purple Dragon), which was donated to the City Council by Ebben Tree Nurseries replacing an existing Hungarian oak that was in decline.

Civic Trees was involved in the project through Ebben Tree Nurseries, one of its main European suppliers, which was involved in organising the seminar with NBSO.  Ebben supplied the donated tree and delivered it to Civic Trees’ site in Watford for the team to take to Manchester ready for planting.