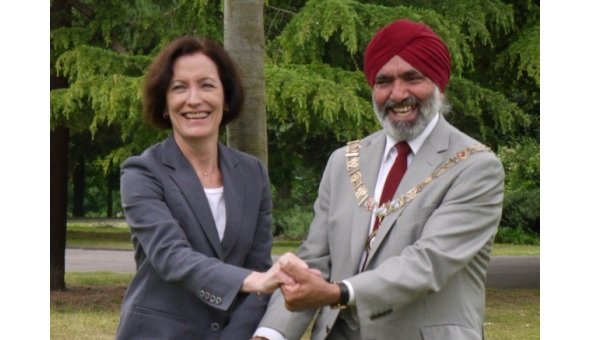 How many mayors does it take to plant a tree? Just two – one from England, the other from Germany.

The significant sapling was put to soil near the war memorial at Barking Park, owing to the Second World War connection that saw the two areas officially twinned in 1979.

Back in 1948, members of community church organisation Kingsley Hall, in Dagenham, befriended German prisoners of war who were based nearby, inviting them into their homes and offering them food, shelter and friendship.

Mayor Cllr Rai, said: “I am honoured to be part of this special ceremony which celebrates 35 fantastic years of being twinned with our German counterparts.

“Over the past 35 years we have managed to build a strong relationship that has seen exchange visits, partnerships and community projects being delivered.

“We have created lasting ties and our partnership continues to go from strength to strength.”