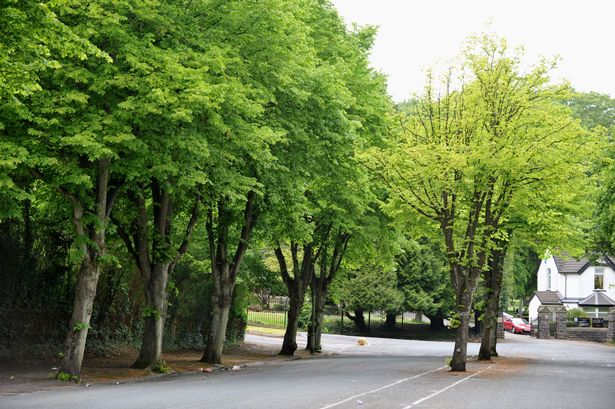 The tree-lined approach to a South Wales cemetery is set to be turned into a nature conservation area and “open air classroom” in tribute to the servicemen who made the final sacrifice in World War I.

The scheme drawn up by the Vale of Glamorgan council comes at the end of an often heated debate about the development of Cemetery Approach in Barry.

Initial development plans to build affordable houses on both sides of the road leading to the entrance of the cemetery provoked opposition.

The plans were eventually thrown out by Vale of Glamorgan councillors.

But new plans have been drawn which will see the area, which has been targeted by flytippers, developed as a nature conservation area and World War I commemoration site which will include the restoration of an on-site air raid shelter.

The scheme has been welcomed by Dennis Harkus who helped to set up the Save Cemetery Approach Action Group which was opposed the original house-building plans.

He said: “I am absolutely delighted with this scheme. It is a fantastic idea – much better than building houses on the site. I could not think of a better use for it.”

Mr Harkus said it was important that the community was involved in the maintenance and use of the site.

The project is a joint venture between the Vale and Barry town councils.

In their submission to the Vale council’s planning committee, the development team said: “We have resolved to dedicate this land as a Centenary Field, a scheme run via a partnership between Fields in Trust and the Royal British Legion.

“We aim to provide a permanent venue dedicated to raising awareness of the sacrifices made during World War One and by armed forces personnel generally from the local area.

“The site will provide a range of spaces suitable for formal or informal reflection, including a storytelling area and outdoor classroom.

“Battlefield features such as open trenches will allow talks and lessons to focus on a military theme.

“The wildlife pond and other conservation areas will present opportunities for environmental education and management tasks by local volunteers.”

It also explains how the air raid shelter on site would be restored and used to exhibit memorabilia and has the potential to display period vehicles during events, including wartime enactment.

If the scheme is approved by Vale councillors, the site could be run by an armed service veteran.