Tree grown from conker is returned to Harpenden Common 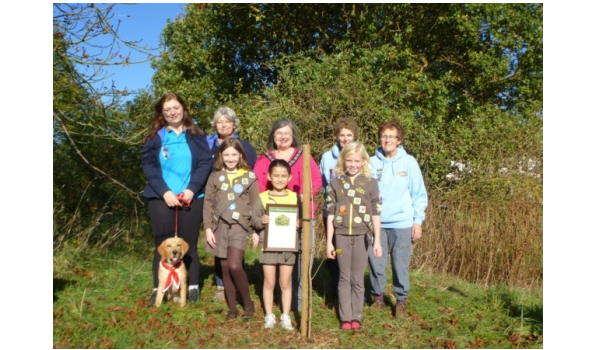 A tree grown from a conker found on Harpenden Common is back where it belongs thanks to local brownies.

Harpenden North Brownies were joined by the Town Mayor, Cllr Mary Maynard, at the Hayfield on the common for a tree planting and dedication ceremony to mark the brownie centenary in the UK.

The horse chestnut tree had been grown from a conker found on the common by a local resident and was replanted on land where it had first been found.

The Mayor said: “As we planted the tree, the brownies talked about how they could bring their children and grandchildren to see it and how it would be a mature tree in a hundred years.

“We were all proud we could do this for the town.”