Tree felling saved A82 landslides from being worse 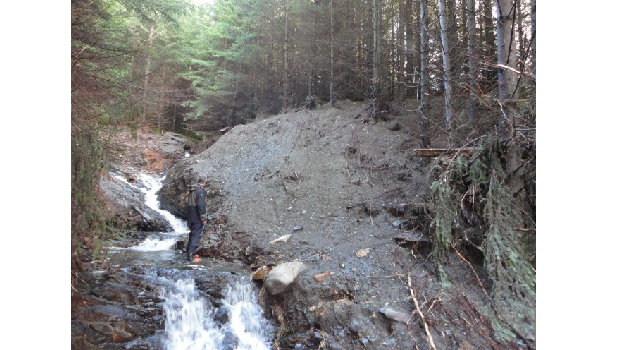 Forestry Commission Scotland (FCS) yesterday denied tree felling operations on a steep bank above the A82 had contributed to landslides that closed the busy trunk road for 30 hours.

Instead, it claimed the work carried out at Glen Righ, between Fort William and Corran in Lochaber, had saved the landslips at Glen Righ and nearby Corrychurrachan from being more severe.

The Inverness to Glasgow road was closed from Sunday morning until 3.30pm on Monday – leaving motorists facing a 162-mile diversion.

Local people suspected that work on the steep slopes by the foresters could have contributed to the incidents.

And Highlands and Islands MSP David Stewart raised the matter in parliament asking Transport Minister Keith Brown to look into the situation.

However, FCS said its civil engineers had identified the cause of the problem as a series of landslips on open hill ground above Glen Righ and above the tree line.

And it pointed out that the forested areas and tree stumps left after felling stopped even more of the debris from cascading further down the hill.

FCS forest district manager for Lochaber, Michael Hymers said: “The quantity and intensity of recent rainfall experienced in days caused a series of landslips, which in turn lead to an unprecedented amount of mud and debris being cascaded down the hill side, sweeping through the local catchment area.

“The force of the water and debris was so great that a number of felled trees awaiting extraction were swept onto the A82 and the debris flow has completely washed away a number of concrete road bridges and culverts within the forest.”

He added that it carried so much energy downhill that in some instances it scoured totally new routes out of the hill side.

Mr Hymers said: “At lower levels on the hill, the presence of tree stumps, root systems binding the soils and standing trees have acted as a buffer, intercepting the debris flow and reducing its impact.

“This has ensured that this unforeseeable event did not end up being much worse.”

Environment and Climate Change Minister, Paul Wheelhouse, said: “The work that Forestry Commission Scotland is engaged in along the A82 is about removing mature trees and substantially reducing the level of potential risk to the A82.”