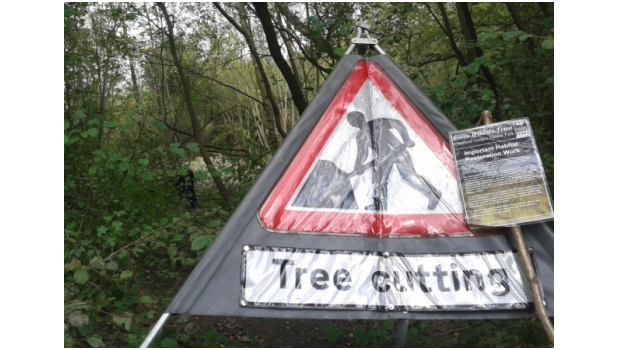 A large tree felling operation began at Chafford Gorges this week as part of the nature reserve’s plan to return half of Grays Gorge to natural grassland.

Chafford Gorges has been designated as a Site of Special Scientific Interest and the Government is helping to fund part of the project, which will see around 25 acres trees felled, allowing natural grasses, wild flowers and invertebrates to colonise.

The warden, Matthew McGettigan, said: “At long last the work has started. It has been planned for four years. The area is such a good example of a place for wildlife, particularly unusual species of flowers such as orchids, butterflies, dragonflies, and rare grasses. The chalk grassland is a rare habitat that can’t be found in many places.

“Now we have some money to clear the area, it will encourage the natural habitat to grow. Once the grasses colonise it should be a beautiful open space for people to look at and walk in. Hopefully local people will take pride in the fact they have a rare nature reserve on their doorstep.”