Tree falls on Aberdeen street after council declares it safe 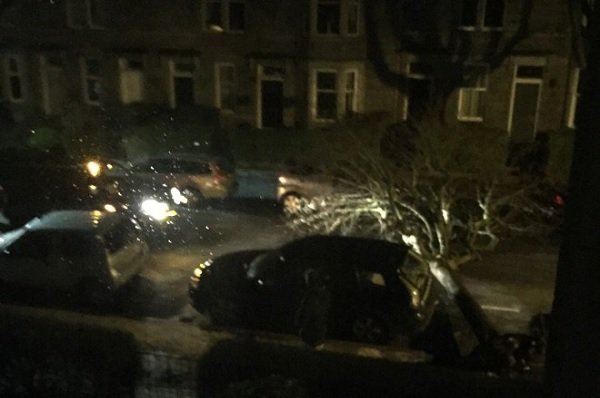 A tree in Aberdeen’s west end that was reported by a local resident as being unstable has collapsed and damaged a car – after it was deemed safe by the city council.

David Russell, who lives in Desswood Place in the west end, is now seeking answers from the local authority.

An inspector was called out at the time to examine the tree, but deemed it to be safe.

Despite further concerns raised by Mr Russell, the council did not return to the scene.

Yesterday morning, Mr Russell’s fears were realised when the tree fell onto a car parked on the street at around 3am.

He said: “I first reported it back in October 2013, what happened was another tree had come down that year and broke our gate.

“This other tree was over at an angle and looked like it was headed the same way.

“I got in touch with the council to let them know my concerns and they advised me a charge hand had been sent out who said it was stable and safe.”

The 56-year old, who works in the engineering industry, says the situation worsened over the past month due to the severe weather battering the north-east.

“It was really lucky that this happened through the night as it could have fallen on someone inside the car.

“My sons are grown up now but there’s kids that live in the street and they run around the place.

“For me, as a taxpayer, the council have had 15-16 months to deal with this in a planned and controlled manner but instead, this has happened and they have had to call someone out to chop it down in the middle of the night – how much did that cost?

“Are we supposed to wait for the other trees in the street to fall before anything is done about them?”

An Aberdeen City Council spokesman said: “Incidents like this are thankfully rare and luckily no one was injured.

“Aberdeen City Council trees officers will be assessing the trees on Desswood Place and surrounding streets as a matter of urgency.”