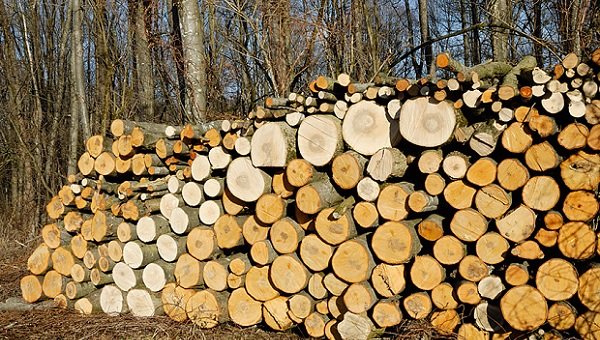 Forestry economics expert Graham Taylor is warning that the impact of tree disease on the UK economy could be in the billions. Taylor is the managing director of Pryor & Rickett Silviculture, which manages about 20,000 hectares of woodland in England and Wales. He is focused on the creation of economically resilient woodlands in the face of threats from tree pests and diseases.

Contrary to popular perception, many private woodland-owning clients are not “asset-rich landed gentry” or industrial-sized timber producers. A proportion are from middle-income sectors and have bought woodland as an investment, perhaps as an alternative to a pension.

Woodlands range from very small Sites of Special Scientific Interest to extensive plantations, and from small farm woodlands to whole estates. Mr Taylor said: “All of these owners are facing stark decisions at the moment as the value of their woodland can decline hugely once a tree disease is identified.”

Ash trees have two specific markets: the high-quality wood from the trunk – a long piece that will be sold to sawmills and cut into planks for furniture – and firewood. It sells at £12,500 to £15,000 per hectare as timber but only £5,000 to £7,500 per hectare as firewood.

Ash makes ideal firewood as it has a low water content and can be burned with less seasoning than other species, but the market is modest when compared to the estimated size of the UK growing stock: 127 million cubic metres.

When a tree is identified as being infected with ash dieback (previously known as chalara dieback of ash), a landowner might be tempted to remove the tree and sell it – though this is not the recommended response from a conservation or economic perspective. Furthermore the UK market for home-grown hardwood timber has declined from a million cubic metres in 1980 to just 70,000 in 2015. Of that, about 5,000 is ash timber.

The financial impact of Phytophthora ramorum on larch can be even greater, as it is a “notifiable disease” whereby the authorities must be told of the outbreak and the trees felled immediately once a Statutory Plant Health Order has been issued. Uninfected larch sells at £10,000 per hectare, infected at £8,000 per hectare. Restocking costs vary between £2,500 and £6,000 per hectare, so significant financial losses can be accumulated.

The larger the holding, the larger the impact. Mr Taylor says some forest owners are facing seven-figure losses. “This can be multiplied across the UK – I haven’t worked out a national figure, but it could be in the low billions of pounds; so for the largest woodland owner, the Forestry Commission, losses to pests and diseases will be multimillion pounds.

“Added to this is cumulative loss of tree growth, as trees that are sick don’t grow as well. Each public or private landowning organisation will be trying to mitigate against these losses. For all landowners, the losses associated with dealing with significant diseased trees will add to this cost markedly.”

Mr Taylor is dedicated to bringing more resilience into the sector, and believes that making greater use of minor UK broad-leaved species such as lime, sweet chestnut, hornbeam and wild service tree, as well as other conifer species, is integral to that.

“Oak, beech and ash have dominance in our woodlands due partly to historic industrial uses,” he added. “But reducing the number of species has not been positive and we have also significantly reduced the gene pool of our trees by about 95pc since the last Ice Age. We need to increase the number of tree species.”

Woodland owners need to try to identify and promote species that show resistance – or at least tolerance – to pests and diseases. Yet one of the biggest difficulties facing attempts to plant different trees, however, is the rise in the grey squirrel population. These introduced rodents have out-competed the UK’s native red squirrels and cause serious long-term damage by stripping bark from trees, which can be fatal for the tree and often reduces the timber quality.

Mr Taylor recognises that much work has to be done with timber processors to encourage greater use of minor species, adding: “The key to success is to ensure that conservation and forestry work together on improving resilience.

“The rise of tree diseases has shown that the whole forestry sector – both conservation and the mainstream productive sectors – has to work together to find solutions that work for everyone.”
What the Woodland Trust says

There is no doubt that tree disease will affect the UK economy and that this is not purely a conservation issue.

While the forestry and agricultural sectors are where the most obvious impacts can be identified, there are other areas where this loss of “natural capital” will be accompanied by significant economic costs, for example increased frequency of flooding, and reduced recreational and tourism benefits.

We support the need for greater emphasis on “minor” species. These have been largely ignored for many years in the pursuit of trees grown for specific purposes, resulting in the lack of diversity and resilience that is making our trees and woods so vulnerable.

Broadening the palette of native tree species will increase the diversity of habitat available to wildlife and help to reduce the impact of tree disease on the woodland as a whole. This “ecosystem approach”, combined with sympathetic forest-management regimes, is the best way to achieve a timber sector that is truly sustainable. Now is the time to be investing in skills for people, whose working future lies in a resurgent woodland sector.
– Nick Atkinson, Senior adviser, conservation and external affairs