Tree diseased being tackled in Dumfries 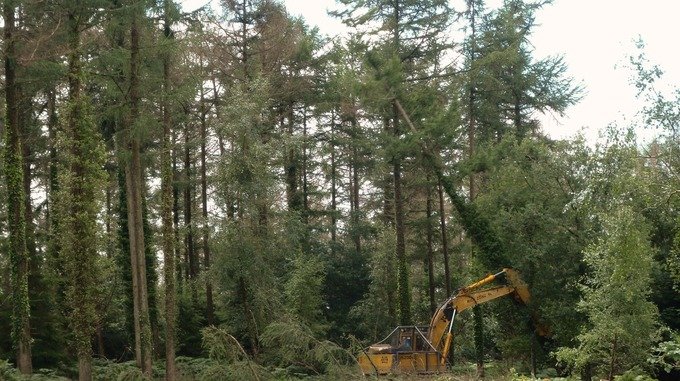 Infected trees in forests at Mabie and Heathhall in Dumfries are being removed over the next few months.

Forest Enterprise Scotland is advising people that access to these forests will be restricted when felling operations start.

The felling will remove trees that are infected with Phytophthora ramorum, also known as Sudden Oak Disease, a disease which has badly affected larch in the south west of Scotland for several years.

Some un-infected larch will also be removed to help reduce the rate of spread of infection.

Forest Enterprise Scotland have said: “The felling will impact on the landscape but it will give us the opportunity to improve the design of the forest. The affected areas will be replanted as soon as possible.”