Tree disease could wipe out London’s most historic vistas 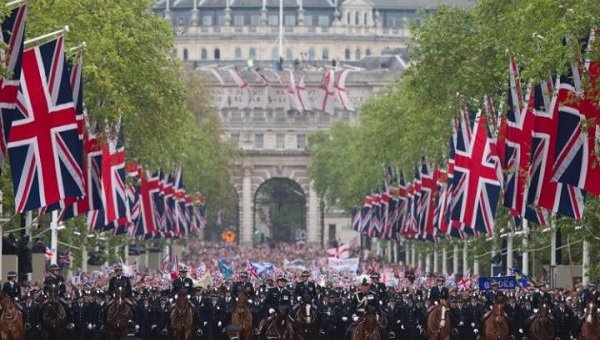 Famous tree-lined avenues such as the Mall in London could be rendered unrecognisable for decades by a catastrophic tree disease spreading across Europe.

The head of the UK’s largest tree management body has warned that it is only a matter of time before “plane tree wilt”, also known as canker stain of plane, reaches British shores.

The disease is currently spreading north through France and is reported to have reached Paris.

With sturdy trunks and a lush green summer canopy, plane trees account for more than half of London’s tree population and are synonymous with Hyde Park, the Victoria Embankment, as well as other major cities.

The disease, which has already ruined miles of the historic tree-lined Canal du Midi in southern France, is not native to Europe and is thought to have arrived in Italy in wooden US ammunition crates during the Second World War.

The spread began when the crates rotted and airborne spores came into contact with Italian trees in the 1970s.

Plane wilt can also be transmitted through contaminated tools such as saws and chainsaws, through watercourses and where tree roots intertwine.

The disease attacks the vascular system and prevents water circulating, killing the tree and resulting in lifeless hanging from branches.

Jago Keen, Chairman of Arboricultural Association, said the lack of plant diversity in British cities, and in particular London, left them acutely vulnerable.

“If the disease gets to London the impact would be catastrophic,” he said.

“It would kill a large number of plane trees very quickly.

“The Mall would disappear practically overnight, as well as Broadway and Berkeley Square.

“They would take a long, long time to replace.

“You would have to cut the dead trees down, then replant and wait for them to grow.

“We would have to wait that long to restore the current look.”

He added: “We are very concerned because we do have something of a track record of letting diseases get in here.”

Experts believe the most likely way for the disease to spread to Britain would be via the tools of a gardener with properties in the UK and France, or on those of tree surgeons working in both countries.

Plane wilt could also get in via infected saplings, although it is hoped Britain’s designation as an EU protected zone 2014 will partially reduce that risk.

John Parker, chair of the London Tree Officers’ Association, said it will be essential to act quickly if and when the disease hits the UK.

“If it comes over and it’s not noticed it could be very serious,” he said.

“The main symptoms are large numbers of desiccated trees, leaves going grey and orange but staying on the canopy.

“People should keep their eyes open.”

The Arboricultural Association has been lobbying for a more diversity in order build up eco-system resilience.

“There is a lot of pressure to plant plane trees because they are iconic, but the challenge is you lose them all in one go,” said Mr Keen.

In March scientists warned that the ash tree was likely to be wiped out in Europe by the fungal disease ash-dieback, along with an invasive beetle called the emerald ash borer.

Hundreds of thousands of young ash trees have already been destroyed in the UK in an attempt to prevent the disease spreading.