The Tree Conference, to be Livestreamed from Glastonbury on Saturday 4 November, highlights the outstanding role of trees and calls for mass mobilisation of tree planting 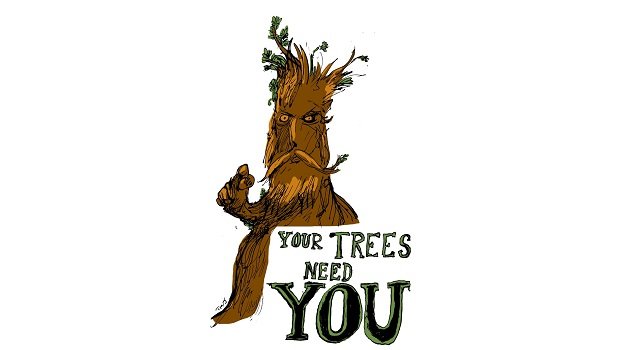 Much excitement awaits the imminent arrival of The Tree Conference, to be Livestreamed from the Red Brick Building in Glastonbury this Saturday, 4 November, inviting tree lovers across the UK and the world to tune in and join the movement to plant trees, safeguard forests and save our ecosystems.

With mounting evidence for the considerable wellbeing benefits of trees and the crucial role trees can play in reducing carbon emissions and averting climate change, 130 tree lovers – including leading scientists, environmentalists and reforestation project leaders – will gather for this unique networking forum showcasing many inspirational tree projects, organisations and artists. Those who can’t make the event in person are invited to watch the day’s key talks and discussions Live via Livestream, free of charge, by signing up at www.thetreeconference.com.

The talks and discussions available to watch via Livestream on Saturday will be as follows:

Bringing his enlightening approach to understanding living systems, the evolutionary ecologist, artist, President of the Bath Natural History Society and former president of the British Mycological Society, will share rare insights into the behaviours of certain fungi working in branch decay, heart wood and around the roots of trees.

The celebrated explorer and BBC presenter of Tribe, Amazon and Arctic will discuss and share excerpts from his new film TAWAI: A Voice from the Forest, which documents human communication with trees. Bruce will also answer questions about TAWAI and his experiences working with trees, plants and people across the forests of the world.

14:00 (GMT) Diana Beresford-Kroeger: ‘Which Trees to Plant in Somerset and Why’

The renegade scientist and biochemist shares her knowledge of ethnobotany, horticulture, spirituality and the medicines in trees to reveal a path toward better stewardship of the natural world. Live on Skype from Canada, Diana joins the debate about which trees to plant in Somerset, highlighting the medicines they can bring to this landscape and our wildlife.

Clare Dubois, Founder of global reforestation charity and feminine empowerment movement TreeSisters, joins the event for a Skype interview with TreeSisters’ Treasurer, Wendy Stephenson, to discuss: their latest One Billion Trees campaign; their ground projects across the Tropics; the charity’s unique way of mobilising female supporters and Wendy’s radical, yet practical suggestions for costing reforestation and still saving the tax payer money.

Plant scientist Professor Sir David Read, John Tucker of the Woodland Trust, Wendy Stephenson, Simon Miles of Cornwall’s Forest Gardens, artist Gordon Field, and Isla Macleod are hosted by landscape consultant Adam Hunt to discuss strategies around planting in Somerset and the UK, which trees to plant, and the state of trees worldwide.

With just 13% of the UK’s total land area covered in trees, compared with an EU country average of about 35%, England’s coverage is just 10%, and the government’s pledge to plant 11 million trees by 2020 is reported to be falling short, adversely affecting the country’s economy and environment. The Woodland Trust reports England is in danger of deforestation (cutting down more trees than it plants) and many experts believe the government’s long-term aim of increasing woodland cover to 12% in England by 2050 is in any case insufficient.

Elsewhere in the world, many countries are threatened with deforestation, with illegal loggers representing a considerable threat. Last week, a group of indigenous leaders from Latin America and Indonesia demonstrated in London’s Parliament Square on route to COP23 in Bonn, urging the UK government to protect forest dwellers defending rainforests from illicit loggers. And in Australia, lawyers are currently taking action to prevent a Victorian government-owned business from unlawfully clear-felling hundreds of hectares of pristine ancient forest.

“It’s time to cease the destruction of our forests and remove the inhibitions and blocks at policy level around planting. There are so many different organisations and groups in the UK and across the globe working to plant trees that represent an infinite variety of different approaches – from scientists, conservationists and botanists, to spiritual ecologists, tree huggers and indigenous rights activists. Ultimately we’re all working to prevent climate change and for the health and wellbeing of our planet and its people, plants and creatures.

“Tree planting isn’t in the news enough and we want to highlight that it’s already happening on a large scale. This is a massive social movement and The Tree Conference is acting as a platform to bring all the various diverse groups together, and to invite people who care about trees and our ecosystems to find out about different ways of planting. We can’t wait for governments. We need to show leaders what people want and will vote for. We need to collectively create a common goal and strategy to approach the UN with. There must be no more deforestation of ancient woodland, we need a common united voice for the forests!”