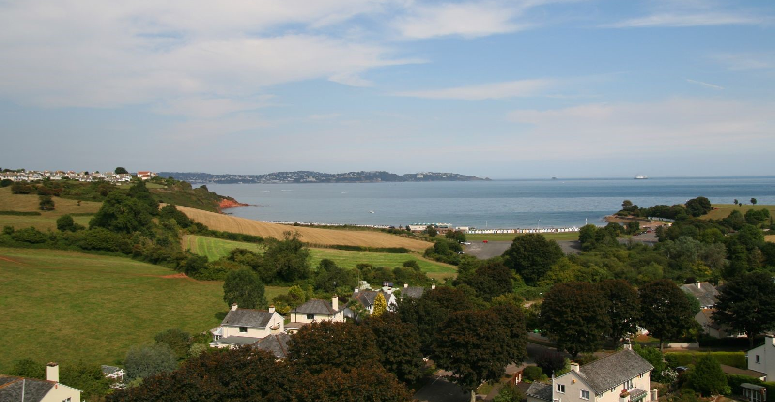 Torbay, a borough in Devon, spans the towns of Torquay, Paignton and Brixham and sits on a natural harbour. It is a popular tourist destination as it has a mild climate and abounds in recreational activities, giving it the popular name ‘The English Riviera’.  When thinking of Torbay, one might conjure up images of the Torbay Palm (Cordyline australis: also known as the ‘cabbage tree’), which thrives in the region because of its mild climate. But there are many tree species here, as the 2011 report showed, and the benefits they provide are surprisingly relevant to our modern lifestyles.

In 2010, Torbay Council commissioned a ‘first of its kind’ survey of its tree population. It wanted to find out what kinds of trees it had, how many, and what these trees were giving back to the environment, and to the people who live there. The resulting report gave some interesting results. Now, just over ten years later, Torbay has decided to do it all again. The objective is to get a picture of how things have changed and to see how resilient its urban forest has become to climate change.

The 2010 survey revealed that at the time, Torbay’s urban forest was made up of 818,000 trees and covered 11.8% of the land area. The most common species were Leyland cypress, Ash and Sycamore. Amongst other things, these trees were absorbing 50 tonnes of pollution per year, and sequestering over 3,320 tonnes of carbon, which is equivalent to the annual emissions of over 7,000 cars. The cost of replacing them was found to be around £280 million.

As the first local authority in the UK to measure the environmental value of its trees, Torbay is a real pioneer in urban forest management. The borough recognises that as well as offering a pleasing aesthetic, trees actually provide significant environmental benefits, which often go unrecognised. They absorb carbon, filter air pollution, intercept rainwater, provide shade and evaporative cooling, reduce noise, conserve soil, encourage wildlife, and improve our health and wellbeing. These ecosystem services are increasingly important as our climate changes, and as mental health issues rise. The aim of the 2021 study is to see how Torbay’s urban forest has evolved in the last 10 years, what benefits it is now providing, and what can be done to ensure these continue into the future.

The 2021 Torbay project is being carried out in partnership with consultancy Treeconomics, Torbay Council owned company SWISCo, and tree specialists Hi-Line. Fieldwork will be completed by teams of volunteer tree wardens from across the region, and Hi-Line representatives. The resulting data will be analysed using ‘i-Tree’, a software suite developed by the US Forest Service and used around the world, to assess the structural value and environmental benefits of urban trees. Since the UK pilot in Torbay, many other councils have followed suit, and commissioned reports to value their own urban forests.

Ben Smith, Arboriculture Field Manager at Hi-Line, commented, “We are very excited to be involved in the follow-up survey of Torbay’s trees, as Hi-Line played a key role in the original survey back in 2010. It will be interesting to see what has changed in Torbay’s treescape in the last 10 years, and what ecosystem services these trees are now delivering.”

Leader of Torbay Council Steve Darling, said: “We are delighted to be launching our second i-Tree survey and it’s fantastic that so many local volunteers have already come forward, both for the i-Tree survey and for our Tree Warden scheme. It was great to meet some of the volunteers and I’d like to thank Danielle and Stuart from Treeconomics for running the training session. Looking after our trees is one of the most important ways we can help tackle climate change so it is great that the local community is so supportive.”

It is fitting that the first scientific study of an urban forest should happen in Torbay, since the father of modern arboriculture, John Davey, studied there.  He later went on to found the Davey Tree Company in America, a multi-billion dollar business which is now owned by its employees.

Further information on the 2021 project will be released as the project progresses.

The 2011 report on Torbay’s trees can be found at: https://www.treeconomics.co.uk/wp-content/uploads/2018/08/Torbay-i-Tree-Report.pdf