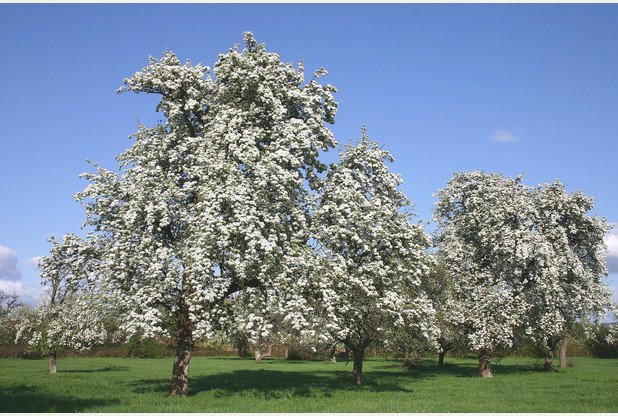 A rare perry pear tree feared lost to history may have been re-discovered in Up Hatherley.

The location of a number of trees which might produce the much-fabled Hatherley Squash is being kept top secret to keep them safe.

But perry fans are hopeful they could have found the fruit they have spent years searching for.

Mary Nelson and Ken Pollock took some of the fruit to the experts behind the National Perry Pear Collection at Hartpury.

They could not identify the fruit, other than saying it is definitely a squash, and that has left Mary and Ken hopeful they may have found the Hatherley Squash.

“We did take a couple of pieces of fruit from a few of the trees to Hartpury and they had a look at them,” Mary said.

“There were some trees which were identified as definitely squashes but they didn’t match some of the other squash types.

“So it looked like it could be a different type of squash pear.

“Whether that means it is the Hatherley Squash we are not sure.”

Mary and Ken are urging anyone who may have knowledge about which perry pear trees were planted in the Up Hatherley area a long time ago to come forward.

“What we really need is for people that have any knowledge stretching back to the 1960s or beyond or perhaps someone who has any farm records for the area,” Mary said.

The problem faced by Mary and Ken is that the genetic make-up of perry pear trees can change over time so a tree cultivated as the Hatherley Squash may have gone back to its rootstock.

The plan now is to take cuttings from the trees to grow new ones in the hope they will produce fruit which will be easier to identify.

The Hatherley Squash was documented in 1963 in the “Perry Pears” book by Luckwill and Pollard.

It was described as an “uncommon variety from Up Hatherley”, but it is now listed as lost.

Ken is hoping to find the squash to preserve it.

He said: “It is very important we preserve some of the history of these trees because there are a huge variety of perry pears that are disappearing quite fast.”

Virtually all perry pear trees were concentrated in the counties of Gloucestershire, Herefordshire and Worcestershire.

The Gloucestershire Orchard Trust works to promote and conserve traditional orchards in the county.