Timberwolf announce winner of their ‘win a chipper’ competition 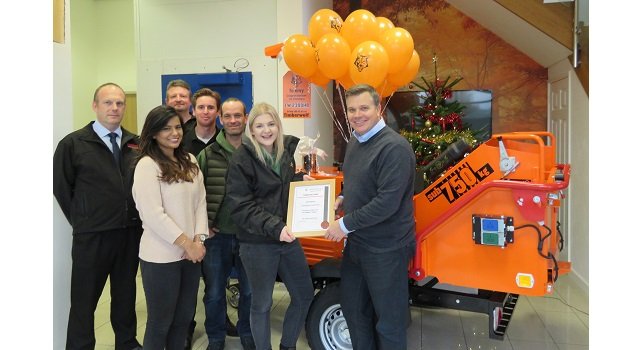 Timberwolf have announced the winner of their 2016 ‘Win a Chipper’ prize draw as Ms. Amy Prentice from Lincolnshire, UK.

The market research campaign reached over 130,000 people from the industry and Amy Prentice was chosen at random to win Timberwolf’s market leading TW 230DHB.

The campaign was launched at the APF show on 5th September and closed on 30th November. Guy Marshlain, Timberwolf Marketing Director said: “Timberwolf constantly collects owner and user feedback through our Dealer Network as well as directly. Being able to offer a TW 230DHB 6” in a prize draw has really captured the imagination of a lot of people from our industry and the information we have received is extremely valuable”.

Mr. Marshlain went on to confirm: “From the results collected, it is clear what users want to see from our machines, this information will be used by our Engineering team in the development of new products.”