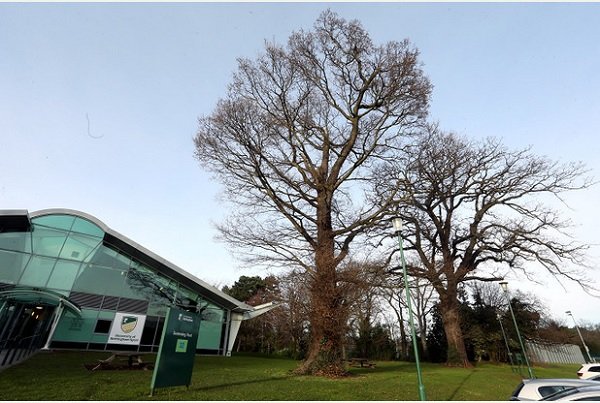 Plans for a £40 million sports centre at the University of Nottingham have been rejected by councillors – because three ancient oak trees are in the way.

Councillors voted seven to six against the proposals at the University of Nottingham in a meeting at Loxley House on Wednesday January 21.

It means the development will not go ahead, after the decision by Nottingham City Council’s planning committee.

Councillor Cat Arnold, who sits on the committee, said: “I’m very worried about the prospect of losing the trees. It would be vandalism for the trees to be axed.”

“Serious concerns” were raised by councillors on the planning committee last December about the oak trees, which are between 250 and 400 years old.

Under the proposals, the old sports complex would be partially demolished and replaced by a building with 10 sports halls with space for badminton, netball and volleyball courts, as well as a space for graduation events.

There would also be a gym, an archery area and a sports science centre at the site.

The university said in its planning application: “With an increasing student population and the continuing growth of sport as a primary recreational activity, the size and outdated nature of the facility has restricted the ability of the university sports department to deliver the scope and quality of sports activities it aspires towards.”

Participation in a range of sports would also be encouraged at the new centre – and it would have facilities for international competitions.