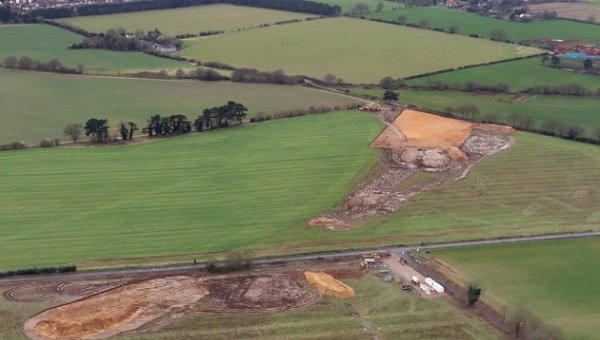 About 6,000 trees have been removed as part of preparatory work to pave the way for the £178.5m Norwich Northern Distributor Road.

Work on the road, which is due to stretch for 12.5miles from the A47 at Postwick to the A1067 Fakenham Road, started at the turn of the year with trees, hedgerows and shrubs being felled and removed along the route ahead of the main construction work commencing next month.

Up to 6,000 trees have been removed along the route, including at Buxton Road in Spixworth, although 30,000 trees of various sizes will be put back in.

A spokesman for Norfolk County Council said: “We’re at the phase where people do see a lot of things coming out and it is quite upsetting for some people to see vistas changing in this way but its essential and we’re trying to reduce the impact on wildlife by pushing ahead at the speed we are.”

The spokesman said it has been a “real challenge” to get the route cleared and work has had to continue at a pace in order to be finished by the bird nesting season.

He said: “If we reached the bird nesting season we would simply have had to stop which adds cost to the whole project considerably.”

The project, which was given the green light last summer, is expected to be complete in early 2018.

A series of public exhibitions on the NDR have taken place with one due to be held at Spixworth Village Hall, Crostwick Lane, on March 4 between 3pm and 7pm.